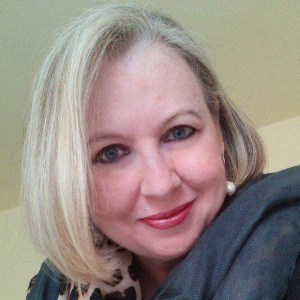 Natalia Di Bartolo was born and lives in Catania. She studied classics, graduated in Literature and Philosophy at the University of Catania with a thesis in History of Modern Art about Francesco Di Bartolo, engraver and painter (1826 to 1913), her ancestor, whose memory cares on the Internet. She continued and continues the research work about art history through publications and conferences.

She writes as a journalist, musicologist and expert in visual arts on the web and is the creator and editor of the online magazine operaeopera.com, originated from his “pennaperartisti”, written Art for Art.

In addition to writing Art and especially as an expert of Italian and French Opera, she writes also as editor/reporter for various magazines, including L’Idea Magazine New York, OperaLibera and Globalpress.

She is artistic coordinator and media manager of the International Festival of the Roman Theatre “Il verso, l’afflato, il canto” of Volterra (PI – Italy) and as part of this is also a member of the Jury of the Theathrical Award “Ombra della sera” (Shadow of the Night).

She was, in 2011-2012, Press Officer of the Lyric-Simphonic Season of “Luigi Pirandello Theatre” in Agrigento.

She worked hard for the Lions Club International, in particular with the service “IncontrArti” she conceived and organized the entire arc of the Social Year 2010-2011 Lions Club Agrigento Chiaramonte, including the Music Competition “Lions International IncontrArti MUSIC AWARD ” for young talents in music. She has written several times in national and international official Lions magazines , both print and web.

She has high level skills on musical subjects, art and culture in general, with judgment on them, as a critic and as a member of juries of contests. Since the early 2000s, in fact, even as musicologist and expert musicologist, music and theatrical critic , often is called to be part of the Jury of Music Competitions, including the Review-Competition “Euterpe, Mediterraneo in Musica” for pupils of Secondary schools.

She has written texts in Italian and Latin, especially for sacred music, often in collaboration with M° Mariano Garau. This work was born from her literary experience, among other things, as an expert of Italian and Latin texts in their  lexical, syntactic and rhythmic structure and of Opera “libretto” in its genesis and realization.

She began to sing in the ranks of sopranos in the Polyphonic Choir “Benedetto Marcello” in S. Giovanni La Punta (CT). Then, discovering her Lyric voice, supporting the singing piano studies with Maestros Salvatore Margarone and Paul Badura Skoda, she studied as a soloist, as Lyric soprano, with M° Giuseppina Sofia, Professor of Singing in Musical Institute ISSM “V. Bellini “of Catania. She honed, always in Catania, with that teacher and under the direction of M° Tomasz Bugaj, receiving a Bachelor University Singing and High Specialization in Voice and Orchestra; and in Paris and Nice with Claudie Martinet, already Professeur des roles lyrique at the Conservatoire National de Paris and Chef de Chant to the Opéra National de Paris and Catherine Decaen, Professor of Singing in the Conservatoire National de Region de Nice and St. Jean de Luz.

She also studied Visual Arts in a professional level: Painting and Calcografia (etching, aquatint, soft-wax, xilo and linocut) in Catania with Nino Mustica; completed his studies in painting always in Catania with the great Sebastiano Milluzzo and has since graduated to Venice, with Hermine  Laurent and Matilde Dolcetti in the International “School of Graphics, in which, in particular, has learned the ancient art of engraving on copper.

She exposes graphics and painting in Italy and abroad since the late 70s of last century. From his first personal exposition in the Salons of the Lyceum Club International in Catania,  hes expositions always collect flattering success with audiences and critics. Its Personal were preceded and followed by now numerous Collective, in which the artist has expressed and expresses the results of its ongoing pictorial and graphics research, still and always having planned the exposure of her works. An album of some of these is on line on the Internet.

In visual arts she has also worked in collaboration with the American photographer Philip S. Doughty to the creation of albums of artistic photos hand-colored by Ateliers of famous designers of Haute Couture, mundane events, advertising.

The innate ability to assemble material to create exhibition catalogs and posters, create logos and audiovisual materials also inspired her work on the computer, on which she has many years of experience of use of word processors and photo editing, as creator and manager of  websites, musical and cultural skills and manipulation of images and texts via PC, with whom she invented the artistic/ digital processing of photographic images that she herself made, called “Filigranouage”.