Le Nozze di Figaro at the Met in NYC

Richard Eyre’s season-opening new production of Mozart’s eternal masterpiece is set in an 18th-century manor house in Seville during the 1930s. Erwin Schrott in the title role leads a stellar cast that also includes Mariusz Kwiecien as the Count and Danielle de Niese as Susanna, along with Met debutantes Rachel Willis-Sørensen as the Countess and Serena Malfi as Cherubino. Edo de Waart conducts.

Production a gift of Mercedes T. Bass, and Jerry and Jane del Missier

“A sparkling new production… joyful music-making… A memorable performance of Mozart’s immortal comedy.” (Associated Press)
“A swiftly paced, playful evening… Eyre skillfully built the comic ensembles to climaxes that made you laugh out loud… A happy Marriage at the Met.” (Wall Street Journal)
“A ravishing, intricately wrought evening of music, humor and emotional depth… An evening like this is the strongest argument for the continued vigor of the Met.” (New York Magazine) 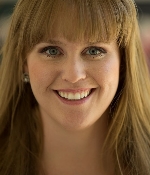 Rachel Willis-Sørensen as The Countess 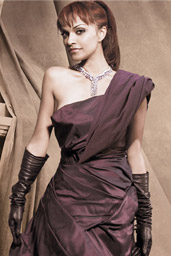 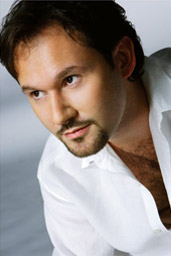 Mariusz Kwiecień as the Count 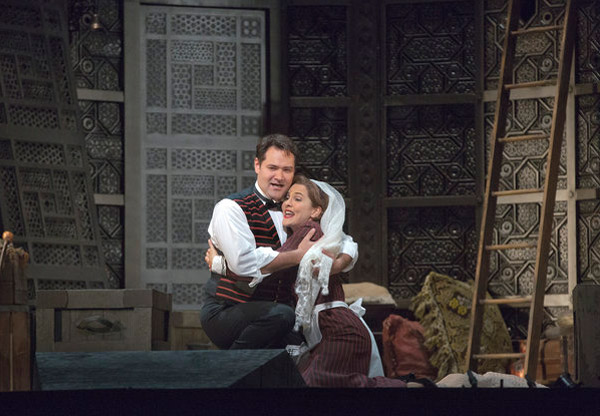 SYNOPSIS
Act I
Count Almaviva’s country estate near Seville, late 18th century. The servants Figaro and Susanna are preparing for their wedding. Figaro is furious when his bride tells him that the count has made advances toward her and vows to outwit his master (“Se vuol ballare”). The scheming Dr. Bartolo appears with his housekeeper, Marcellina, who wants Figaro to marry her. When she runs into Susanna, the two women trade insults. The page Cherubino enters; finding Susanna alone, he explains to her that he is in love with all women (“Non so più”). He hides when the count—who is angry because he caught Cherubino flirting with Barbarina, the gardener’s daughter—shows up. The count again pursues Susanna, but conceals himself when the music master, Basilio, approaches. When Basilio tells Susanna that Cherubino has a crush on the countess, the count furiously steps forward. He becomes further enraged when he discovers the page in the room. Figaro returns with a group of peasants who praise the count for renouncing the traditional feudal right of a nobleman to take the place of a manservant on his wedding night. The count orders Cherubino to join his regiment in Seville and leaves Figaro to cheer up the unhappy adolescent (“Non più andrai”).

Act II
The countess laments that her husband no longer loves her (“Porgi, amor”). Encouraged by Figaro and Susanna, she agrees to set a trap for him: they will send Cherubino, disguised as Susanna, to a rendezvous with the count. The page sings a song he has written in honor of the countess (“Voi, che sapete”), after which Susanna begins to dress him in girls’ clothes (“Venite, inginocchiatevi”). When she goes off to find a ribbon, the count knocks and is annoyed to find the door locked. Cherubino hides in the closet. The countess admits her husband, who, when he hears a noise, is skeptical of her story that Susanna is in the closet. Taking his wife with him, he leaves to get tools to force the door. Meanwhile, Susanna, who has reentered unseen and observed everything, helps Cherubino escape through the window before taking his place in the closet. When the count and countess return, both are stunned to find Susanna inside. All seems well until the gardener Antonio appears, complaining that someone has jumped from the window, ruining his flowers. Figaro, who has rushed in to announce that everything is ready for the wedding, pretends that it was he who jumped. When Bartolo, Marcellina, and Basilio appear, waving a court summons for Figaro, the delighted count declares the wedding postponed. 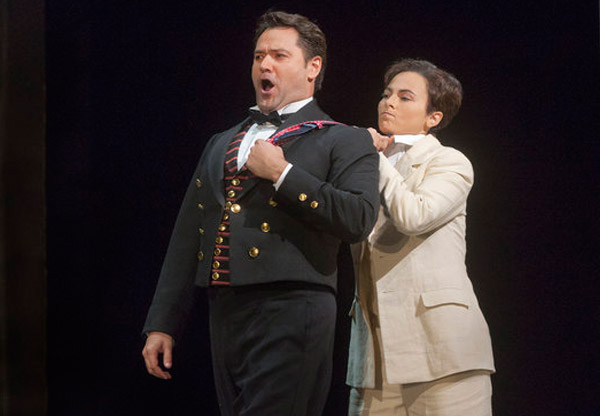 Act III
Susanna leads the count on with promises of a rendezvous, but he grows doubtful when he overhears her conspiring with Figaro. He vows revenge (“Vedrò, mentr’io sospiro”). The countess recalls her past happiness (“Dove sono”). Marcellina wins her case but then, noticing a birthmark on Figaro’s arm, is astonished to discover that he is her long lost son, fathered by Bartolo. The joyful parents agree to marry as well. Susanna and the countess continue their conspiracy against the count and compose a letter to him confirming the rendezvous with Susanna that evening in the garden (Duet: “Che soave zeffiretto”). Later, during Figaro and Susanna’s wedding ceremony, the bride slips the letter to the count. 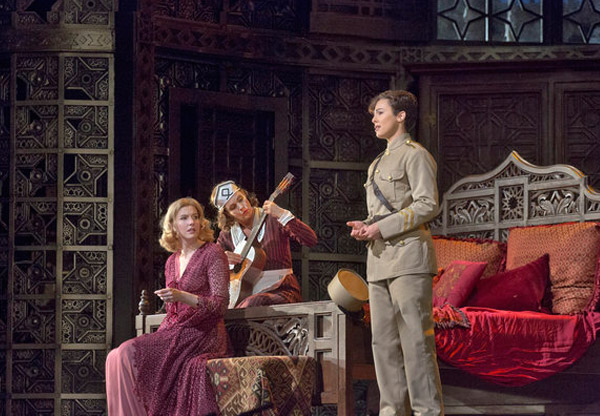 Act IV
In the garden, Barbarina tells Figaro and Marcellina about the planned rendezvous between the count and Susanna. Thinking that his bride is unfaithful, Figaro rages against all women (“Aprite un po’ quegl’occhi”). He leaves, just missing Susanna and the countess, who are dressed for their masquerade. Alone, Susanna sings a love song (“Deh! vieni, non tardar”). Figaro, hidden nearby, thinks she is speaking to the count. Susanna conceals herself in time to see Cherubino declare his love to the disguised countess—until the count chases him away to be alone with “Susanna.” Soon Figaro understands what is going on and, joining in the fun, makes exaggerated advances towards Susanna in her countess disguise. The count returns, finding Figaro with his wife, or so he thinks. Outraged, he calls everyone to witness his verdict. At that moment, the real countess reveals her identity. Realizing the truth, the count asks for his wife’s forgiveness. The couples are reunited, and so ends this mad day.