Will Cinderella win the prince’s love? Will the prince find the beautiful lady who ran away from his palace? The Magician Alidoro will make sure Cinderella’s stepsisters do not prevent the happy end of this magical fairy tale in Rossini’s sparkling coloratura version.

Scene i: A room in Don Magnifico’s tumbledown house
As her two spoilt step-sisters, Clorinda and Tisbe, are locked in one of their habitual quarrels, Cenerentola (Angelina) is busy with the household chores. She sings of a king who was wise enough to discern the goodness and innocence of his bride to be. Alidoro, Don Ramiro’s tutor, arrives disguised as a beggar. The two sisters mock him and try to drive him out of the house, while Cenerentola offers him food and drink. Courtiers announce the imminent arrival of the Prince, Don Ramiro, who is to escort Magnifico’s daughters to a ball at the palace, during which the Prince will choose a bride.
The tumult arouses Magnifico, who proceeds to relate a strange dream, which he believes presages royal connections for his daughters and himself. Prince Ramiro enters disguised as his valet Dandini, for Alidoro has indicated to him that the woman worthy of being his bride is one of the Magnifico household. Cenerentola’s shock at the unexpected presence of a young stranger in the house causes her to drop the dishes she had been holding. The Prince’s eyes meet Cenerentola’s, and they immediately fall in love.
The “Prince” (Dandini in disguise) arrives, and the two sisters leave for the ball. Prince Ramiro and Dandini overhear Cenerentola pleading in vain with her father to allow her to attend the ball as well. Magnifico ruthlessly insults her while fawning on the Prince and his valet. Alidoro arrives and announces that he has information of a third daughter in the household, but Magnifico says that she is in fact dead.
Alidoro, disguised once again as a beggar, arrives to escort Cenerentola to the ball. He consoles her, saying that the Good Lord will not allow innocence to be downtrodden.

Scene ii: A room in Don Ramiro’s palace
“Prince” Dandini offers Magnifico the position of court vintner after the latter has sampled thirty barrels of wine with no apparent difficulty. Dandini and the Prince are mystified by Alidoro’s idea that one of the sisters would be a worthy bride for the Prince. Clorinda and Tisbe spot the “Prince”, and he offers them his “valet” as a husband. They are outraged, but their attention is soon diverted to a girl strangely resembling Cenerentola, who arrives accompanied by Alidoro. Dandini calls the company in to dinner. As the curtain descends confusion reigns supreme.

Scene i: A room in Don Ramiro’s palace
The banquet is over, and Magnifico muses over his future life as the Prince’s father-in-law. Cenerentola, tired of being pursued by “Prince” Dandini, tells him that she prefers his “valet”. The Prince reveals himself, but Cenerentola forbids him to follow her. If he truly loves her, she says, he must seek her after she leaves the court. Before leaving the ball, she gives Ramiro a bracelet that matches the one she always wears. The Prince is determined to seek out Cenerentola. Magnifico, meanwhile, confronts “Prince” Dandini, demanding a decision on which of his two daughters he intends to marry . Dandidi counsels patience, and then reveals to Magnifico that he is in fact the Prince’s valet. The bewildered Magnifico is enraged.

Scene ii: A room in Don Magnifico’s house
Cenerentola, dressed once more in rags, sings her old song of the wise king . Magnifico and his daughters return, ruminating over the girl at the ball who so resembled Cenerentola. A storm breaks, and the Prince’s carriage breaks down right outside Don Magnifico’s castle.The Prince enters and soon recognizes Cenerentola, arousing in the various parties present mixed feelings of joy and dismay. Cenerentola pleads with the Prince to forgive Magnifico and her step-sisters.

Scene iii: A hall in Don Ramiro’s palace
Goodness triumphant: The wedding of the Prince and Cenerentola. 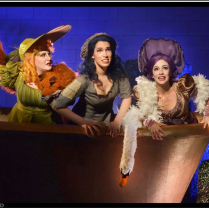 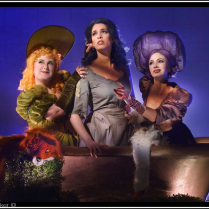 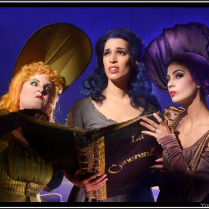