Carmen at the Hungarian State Opera with Rinat Shaham

Opera in two parts, four acts, in French with Hungarian prose and surtitles

“Her eyes were obliquely set, but large and full; her lips rather thick, but well cut, and permitted the teeth – white as blanched almonds – to be seen. Her hair was perhaps a trifle coarse, but had a blue sheen running through it, like that one sees in a raven’s wings, and was long and luxuriant. She was of a strange and savage beauty – a face which at first surprised you, but it was one you could never forget. Her eyes especially had an expression at once voluptuous and fierce…I stabbed her twice. She fell at the second thrust without a cry. I can still fancy I see her splendid black eyes regarding me steadily; then they became troubled and closed.” 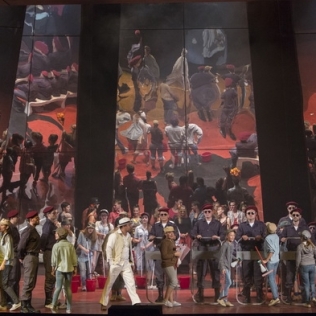 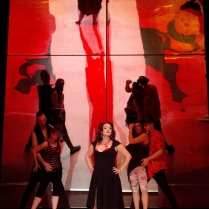 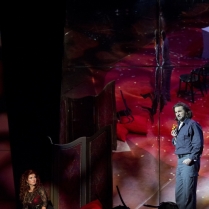 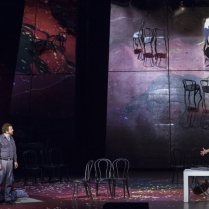 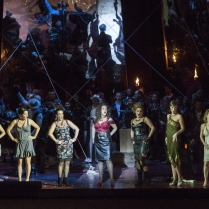 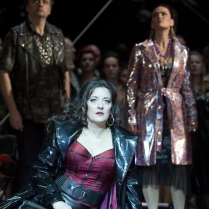 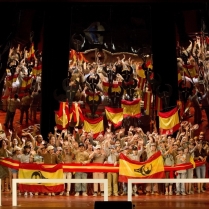 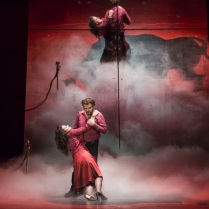 Act I
On a square in Seville, a troop of dragoons are keeping watch next to the tobacco factory, where they pass the time by watching the passers-by and chatting. A pretty girl named Micaëla appears, clearly searching for someone. Morales and the other soldiers address her: she reveals that she is looking for a corporal named Don José. Morales informs her that the corporal will be coming to the square when the guard changes. The soldiers urge the girl to wait for Don José there with them, but she shyly tells them she will come back later.
Presently, the new guard arrives, with Lieutenant Zuniga and Don José among them. The latter is informed by Morales that a pretty girl has been looking for him, and that she said she would return shortly. Based on the description of the young woman, Don José immediately realises that they are talking about Micaëla, the young orphan girl his own mother has been raising in the countryside. The bells of the tobacco factory ring out, and the men of Seville gather to admire the beautiful young women from the factory as they come out to the square – especially the sensuous Gypsy girl, Carmen, who appears last of all, singing a song of love. All eyes cling to her, except for Don José’s. Carmen tosses him a flower, and laughingly returns to work. Without knowing why, Don José pockets the flower in his tunic. Micaëla returns, and before quickly departing gives the corporal a letter and money – and a kiss – sent from his mother. Don José is overcome by homesickness.
Suddenly, a fracas breaks out in the factory. Lieutenant Zuniga sends Don José in to find out what is going on. The factory girls rush out and, forming opposing sides, relate to Zuniga two different versions of what happened: Carmen and another girl had got into an argument. Knives came out, and Carmen slashed the other girl’s face. Don José takes Carmen out to the square, but she refuses to say anything about the matter. Zuniga orders that Carmen be taken to the gaol, and Carmen, finding herself alone with Don José, attempts to convince him to let her free. She sings an erotic Seguidilla to him, offering her love in exchange for freedom. As Zuniga returns with the warrant, Carmen knocks Don José down and runs off.

Act II
At Lillas Pastia’s inn in Seville, Carmen and her compatriots are enjoying themselves in the company of Lieutenant Zuniga and the other officers. The girls perform a dance for the soldiers. Lillas Pastia is preparing to close the establishment for the night, but Zuniga is still flirting with Carmen. It emerges that Don José has been demoted and locked up in the stockade for allowing Carmen to escape. From outside, the sounds of a festive crowd grow louder and louder. A growing clamour is heard from outside: Escamillo, the famous toreador from Granada is being cheered by the crowd on the street. The bullfighter and his companions enter the inn, where his audience is delighted to hear a true celebrity describe the matador’s life. His eyes fall on Carmen, who returns the attention. Escamillo departs with the crowd in tow, leaving only Carmen, Frasquita and Mercédes. Finally, it emerges why Lillas Pastia was in such a hurry to close for the night: the inn is a secret base for smugglers, and Dancaire and Remendado are coming to recruit girls for their smuggling operation. Frasquita and Mercédes agree to the task, but Carmen, prevented by love, is unwilling to go along… Don José’s singing is heard in the distance. The smugglers withdraw, leaving Carmen alone with the corporal. José had been freed earlier that day and had immediately set out to find Carmen. The girl begins to dance for him, but soon a bugle sounds calling the soldiers back to the barracks for the night: Don José must leave if he’s not to wind up in even more trouble. Carmen grows angry and mocks him. The man professes his love for her, revealing the flower that she had thrown to him, which he has guarded ever since their first encounter. For the gypsy girl, however, his words are not enough: she wants José to desert and choose the life of freedom, to become one of them. Don José rejects this, and Carmen sends him away. Just then there’s a banging at the door: it’s Zuniga, who has slipped back to see Carmen. The two men start to fight, until Dancaire and Remendado pull them apart. José now has no other choice than to join Carmen and the smugglers.

Act III
The band of smugglers are encamped beside a mountain road. Carmen and José quarrel: the girl has started to grow tired of the man’s constant fits of jealousy. Frasquita and Mercédes draw from a deck and amuse themselves by contemplating what fate the cards have in store for them: one of them will have a handsome young lover, while the other’s will be old and rich. Carmen lays out her own cards: they prophesy death for her and José. Dancaire takes the three girls off with him to help him come to an arrangement with the customs officer to admit the goods into the city. Micaëla appears in the deserted camp. She has worked up her courage to confront the woman who has turned her beloved, José, into a villain. Hearing men’s voices suddenly cry out, she hides in fright. Don José, left to keep watch, has called out to an approaching stranger. It is Escamillo, who tells José that he has come to find a beautiful gypsy girl with whom he has fallen in love. When it turns out that he’s talking about Carmen, the two men go at each other. The returning smugglers separate them. Escamillo elegantly invites everyone to his next bullfight in Seville, and then departs. Micaëla emerges and begs José to return home, as his mother is dying. José agrees, but before he departs, he warns Carmen that they will meet again.

Act IV
Before the bullfight in Seville, the throng cheers the procession of picadors and toreadors. Arriving on Escamillo’s arm is Carmen, whose girlfriends warn her to take care, as they’ve spotted Don José in the crowd. The girl, however, is not deterred. The crowd makes its way into the arena, but Carmen remains outside the entrance to await Don José. He soon appears and starts pleading with Carmen to come back to him, since he cannot live without her. The gypsy girl calmly replies that everything is over between them, and she now loves someone else. Inside, the crowd cheers Escamillo. José attempts to convince the girl, but she cannot be swayed, exclaiming that she “was born free, and free she’ll die.” She returns the ring that José had given her earlier. José draws a knife and stabs his beloved.

Opera Singer
mezzo-soprano
Israeli born mezzo-soprano Rinat Shaham is internationally recognized as one of today’s finest interpreters of Bizet’s Carmen, she first performed the role at the 2004 Glyndebourne Festival. She has since portrayed Carmen in Vienna, Rome, Berlin, Munich, Hamburg, Stuttgart, Cologne, Baden Baden, Lisbon, Toronto, Vancouver, Montreal, Tel Aviv, Hong Kong, and the United States. Born in Haifa, Rinat Shaham completed her musical studies in the United States at the Curtis Institute of Music. While still in school, Shaham was invited to make her professional operatic debut as Zerlina with the Opera Company of Philadelphia, the same role she performed for her debut in New York City and Pittsburgh.

Shaham made her European operatic debut as Dido in Purcell’s Dido and Aeneas at the Aix en Provence Festival. She sang the title role of Massenet’s Cendrillon in Brussels, Mélisande in Pelléas et Mélisande in Berlin under Michael Gielen, and Rosina in Il Barbiere di Siviglia for the National Theatre in Tokyo and the Teatro La Fenice in Venice. 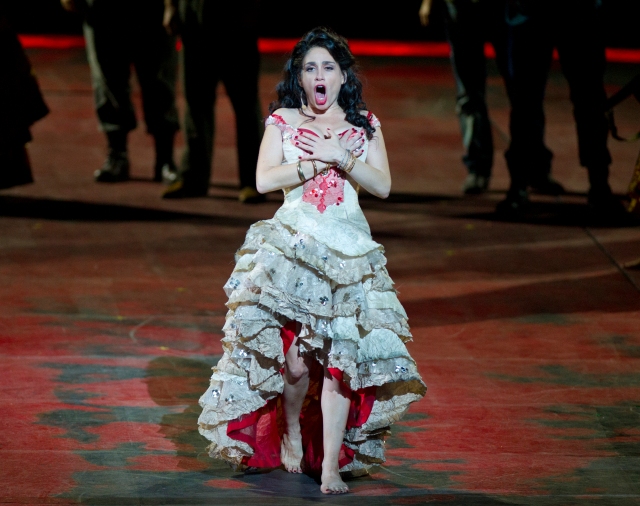 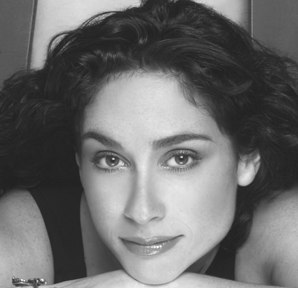 Equally acclaimed as an orchestral soloist and recitalist, Rinat Shaham has collaborated with some of the most eminent conductors of our day, including Simon Rattle, Andre Previn, Christoph Eschenbach, Leonard Slatkin, William Christie, and David Robertson. Rinat Shaham has recorded excerpts from operas by Lully under William Christie for Erato as well as a solo CD of Gershwin and Purcell. She made her feature film debut as the ‘Jazz Singer’ in the István Szabó film, ‘Taking Sides‘, with Harvey Keitel. Her performance as Carmen from the Australian Opera has also been released on DVD.