La Scala’s production of Simon Boccanegra at the Bolshoi

Opera in three acts with a prologue
Teatro alla Scala

A square in Genoa, near the palace of Jacopo Fiesco and the Church of San Lorenzo. Around 1339.

The silversmith Paolo Albiani obtains support from Pietro for the election of the pirate Simon Boccanegra as the new doge, in exchange for some kind of recompense. Reluctantly Boccanegra accepts this position, hoping it will enable him to become reconciled with his enemy Jacopo Fiesco, as he is in love with his daughter Maria. The couple has a daughter, whom old Fiesco intends to bring up.

Simon runs into Fiesco and tries to convince him that they should forget the confrontations they have had in the past. Fiesco, visibly mourning Maria’s sudden death (which he hides from his rival), is inflexible to any reconciliation. Only if Simon gives him his granddaughter will he agree to it. The pirate explains that the little girl has disappeared and therefore he cannot do as he asks. Fiesco leaves and Simon enters the palace to meet Maria. He is horrified when he discovers Maria’s body. Dawn breaks. The crowd proclaims Simon Boccanegra doge of Genoa.

Act I, Scene I

Twenty-five years have passed. Jacopo Fiesco has changed his name to Andrea Grimaldi to hide his identity, and has brought up and adopted an orphaned girl -of unknown origin- with the name of Amelia Grimaldi. The girl is really Maria Boccanegra, the daughter of Simon Boccanegra and Jacopo Fiesco’s granddaughter.

In the gardens of the Grimaldi Palace, overlooking the sea, Amelia has an amorous rendezvous with the nobleman Gabriele Adorno. She tells him that the doge is about to arrive at the palace to ask for her hand in marriage on behalf of Paolo Albiani, a man trusted by the doge who finds Amelia attractive. So Gabriele gets in before the doge and asks Fiesco for permission to marry Amelia, to which the old man agrees. The doge arrives with Albiani. During his conversation with Amelia, Simon discovers to his surprise that she is his daughter, and that she is in love with Gabriele. He understands the young girl’s feelings and decides not to go ahead with the marriage proposal he had in mind. Albiani is not at all pleased and begins to plot to kidnap Amelia.
Scene II
A chamber in the doge’s Palace in Genoa. The doge, sitting on his throne, presides over a meeting attended by advisers, consuls and condestables from the military. Gabriele bursts into the room, accuses the doge of being responsible for Amelia being kidnapped, and confronts him. But the young girl has managed to escape and she interrupts the meeting to tell her side of the story, clearly proving that Simon has had nothing to do with the matter. All eyes turn to Albiani.

The doge brings order to the disrupted meeting and orders for Fiesco and Gabriele to be sent to prison. At the same time, he exhorts Albiani, who has been his right-hand man up until then, to curse the person guilty of kidnapping Amelia (who is none other than himself).

A chamber in the doge’s Palace. Albiani, who is planning to kill Simon, offers to set Fiesco and Gabriele free from prison if they help him commit the crime. Fiesco refuses and goes back to prison. Albiani pours poison into the doge’s drink in case his initial plan fails. Really, he wants Gabriele to kill the doge, so he locks him in the chamber so that he will surprise Simon when he enters and kill him. He has previously led Gabriele to believe that Amelia and Simon are lovers. Amelia enters and tries to convince her sweetheart that his suspicions are unfounded. The doge is heard approaching and Gabriele hides on the balcony. Amelia begs her father to forgive Gabriele, the man she loves. The doge agrees and, feeling tired, drinks from the poisoned bottle and falls asleep. Gabriele takes advantage of the situation and tries to kill him. But Amelia stops him, telling him that Simon is her father. The doge forgives his future son-in-law and they go out together to calm the rebellious mob that is gathering at the palace gates.

The doge has managed to calm the mob and forgives all the conspirators, except for Paolo Albiani, who is sentenced to death. Albiani tells Fiesco that the doge will die within a few hours because he has poisoned him. Simon enters weak and ill. Fiesco reveals his identity and is pleased he can get his revenge at last. When the doge tells him that Amelia Grimaldi is his granddaughter, Fiesco becomes emotional and is reconciled with him. The poison has taken effect, however, and the doge dies, but first he is able to bless the union between his daughter Amelia and Gabriele, and name his son-in-law as the new doge of Genoa. Fiesco goes onto the balcony and tells the crowd that Gabriele Adorno is the new doge, while they all join in prayer for the death of Simon Boccanegra. 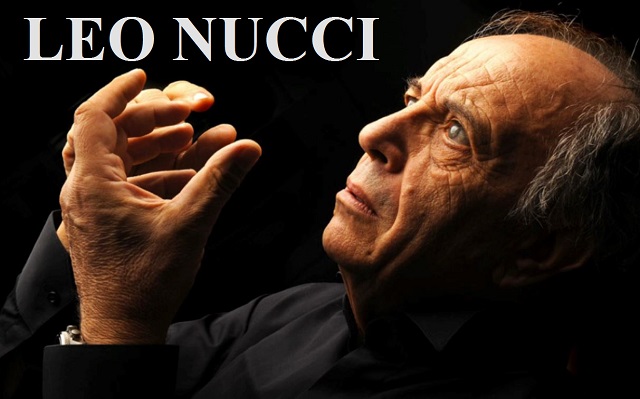 Leo Nucci is an Italian operatic baritone, particularly suited to Verdi roles. Born at Castiglione dei Pepoli, near Bologna, he studied with Giuseppe Marchese and made his stage debut in Spoleto, as Figaro in Il barbiere di Siviglia, in 1967, he then joined the chorus of La Scala in Milan, and made his solo debut there in 1975, again as Figaro.