Wagner’s The Ring of the Nibelungs in Munich

The three Norns, the daughters of the omniscient Erda and guardians of fate, are passing the golden rope of fate from one to the other and discussing the progress of events: Wotan had drunk from the source of wisdom, lost an eye and whittled himself from the ash-tree an invincible spear which had laws carved into it with the help of which he was able to gain for himself power over the world. Siegfried smashed the spear in a duel with his sword Nothung. The ash-tree has withered since then, the source has dried up. Wotan had the wood from the ash-tree piled up around the castle of the gods, Valhalla, and is now awaiting his end. The Norns are unable to see further into the future as the rope suddenly breaks: the twilight of the gods begins.

Siegfried leaves Brünnhilde after a night of requited love and gives her the ring of the Nibelungs as a pledge of his love and devotion. In order to protect him, Brünnhilde draws runes on his body but leaves out his back. She gives him her horse, Grane. They affirm their love for each other and take their leave.

The Gibichungs rule along the Rhine. Both Gunther and his sister Gutrune want to seal their wealth and their power through marriage. Hagen, Alberich’s son, wants to possess the ring of the Nibelungs which promises power over the world. He tells his half-brother Gunther about the most beautiful woman in the world who can only be freed from the ring of fire which encircles her by the strongest of heroes: Brünnhilde. He adds that Siegfried is this hero, who grew up in the forest after the death of his parents, conquered the dragon and carried off the ring of the Nibelungs and the treasure. Hagen suggests that Gunther should win Brünnhilde with Siegfried’s help and that Gutrune should give him a magic potion to drink.This potion would make the hero forget his former love and at the same time fall in love with Gutrune. Siegfried appears at the court and Hagen’s plan is fulfilled step by step. The homeless Siegfried, happy at being accepted into a royal family and made submissive as a result of the magic potion, plans to win Brünnhilde for Gunther with the help of his helmet Tarn and marry Gutrune. Siegfried and Gunther swear an oath of blood-brotherhood to add substance to their plans for a double wedding.

Brünnhilde’s sister, the Valkyrie Waltraute, visits Brünnhilde on her rock, in spite of her father having forbidden it, to tell of the imminent end of the gods and Wotan’s last wish: if the ring of the Nibelungs were to be given back to the Rhine maidens, the world would be freed from curses and disaster. Brünnhilde will not do this.

As far as she is concerned, the ring is a pledge of love which is of greater importance than the well-being of the gods. Scarcely has Brünnhilde sent her sister away when she believes she is experiencing Siegfried’s return. Instead of this a stranger approaches her – Siegfried transformed to look like Gunther – who tears the ring from her finger and forces her into the marriage bed. As a sign of his loyalty to his blood brother Gunther he lays his sword between himself and his bride.

Hagen is surprised from sleep by his father, who fathered him to use him as a tool to win back the ring. Brought up to hate, Hagen disassociates himself from him in order to win the ring for himself. Siegfried tells Hagen and Gutrune about his success with Brünnhilde. Hagen calls his men together. They are to make the appropriate preparations to welcome the couple. Brünnhilde is presented by Gunther as his bride. She realizes that Siegfried no longer recognizes her and loves another. Finally she discovers the ring on his finger, which she believes Gunther took from her by force to make her his bride. Deeply hurt at this double betrayal, Brünnhilde openly accuses Siegfried of breaking faith with her. Siegfried does not take her anger seriously and wants to get on with the wedding celebrations. In vengeance Brünnhilde tells Hagen about the spot where Siegfried is vulnerable. Together with Gunther they decide to murder Siegfried during the hunt. Gunther and Brünnhilde believe that in this way they have had their revenge, Hagen meanwhile only has regaining the ring in mind.

During the hunt Siegfried meets the Rhine maidens, who demand that he should return the ring and prophecy his death. Siegfried does not fall victim to their temptations and threats. While resting from the hunt, he tells Gunther and Hagen the story of his life and as a result of another potion he is able to remember his love for Brünnhilde. Gunther now considers himself completely betrayed. Hagen plunges his spear into the defenceless back of the unsuspecting hero. As he dies, Siegfried takes leave of his beloved.
Startled by bad dreams, Gutrune a waits Siegfried’s return, only to be told by Hagen of his death. Gutrune accuses her brother of murder. Hagen admits to the deed as a revenge for Siegfried’s perjury and demands the ring for himself.

Gunther stands up to him, Hagen kills him as well. Brünnhilde follows her beloved Siegfried into the flames on her horse, Grane, having returned the ring to the Rhine maidens beforehand, sets fire to Valhalla and thus brings about the end of the rule of the gods. At the sight of the Rhine maidens, Hagen plunges into the waters to snatch the ring back from them. He drowns.

Wagner had begun work on his cycle with the prose sketch Siegfrieds Tod (Siegfried’s Death), then rolled it back into the past, like the Norns, who, at the beginning of the Third Day, try to tie together the ropes of yesterday and tomorrow. Hagen and Siegfried – the sons continue the duel of their fathers. But Hagen plays with different weapons – sorcery, mendacity and betrayal. Siegfried declares the ring, which came about through the malediction of love, to the symbol of his love. Nevertheless, the curse is stronger. Siegfried betrays his love. Brünnhilde betrays Siegfried. Siegfried swears an oath on the weapon that only a short time later will penetrate his heart. The gods gaze impotently on their own downfall. The struggle for power transfers to the humans who survive the catastrophe and will perhaps understand everything now that they know the end. 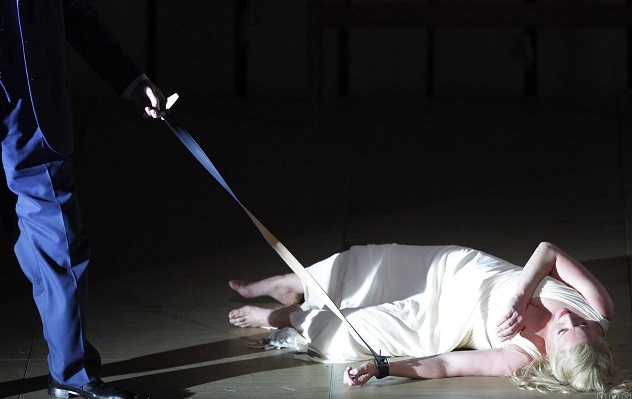 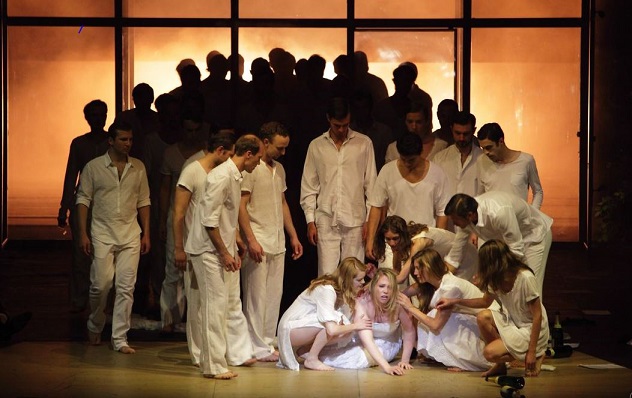 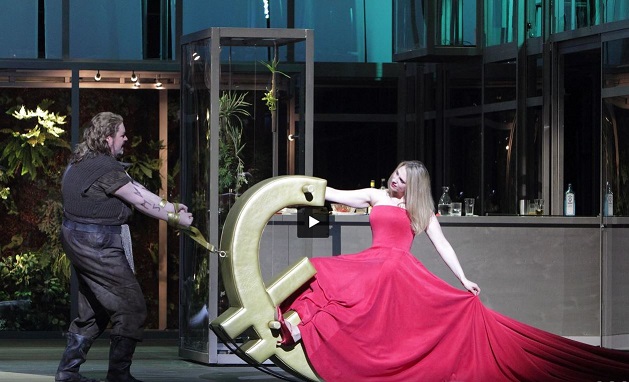 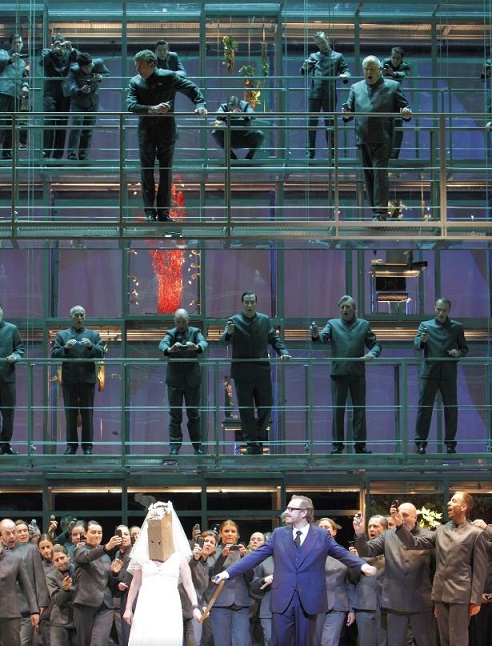 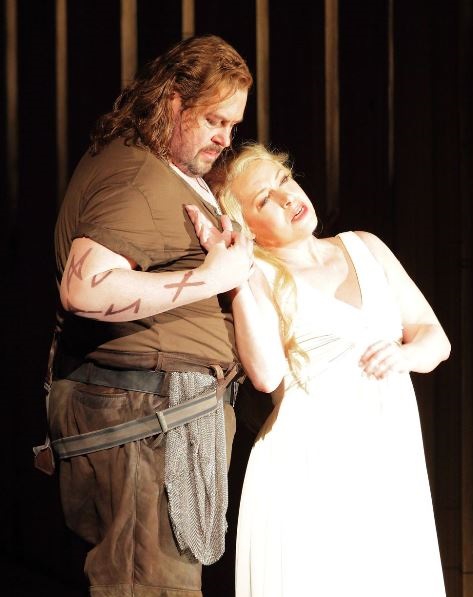