La Sonnambula at the Bolshoi in Moscow

Posted on November 8, 2015 by editoreusa

Sung in Italian with Russian surtitles. 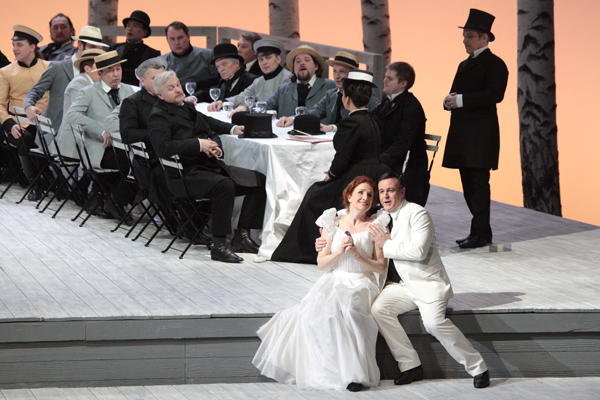 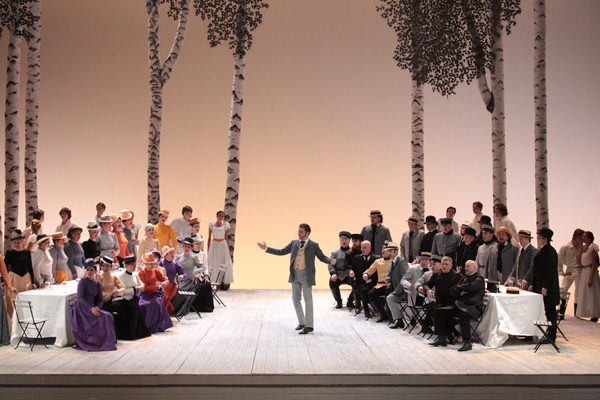 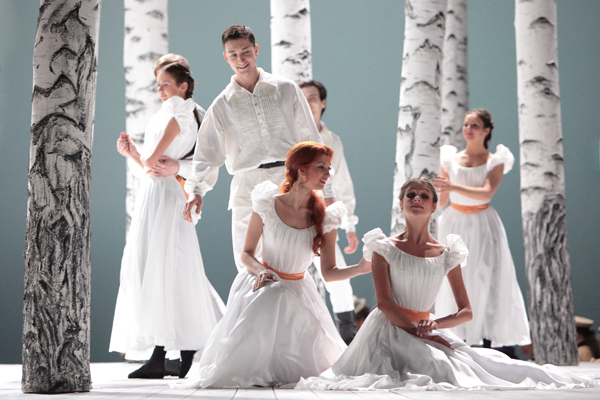 The peasants are singing to celebrate the marriage of the rich landowner Elvino to Amina, an orphan adopted by Teresa. In the general rejoicing Lisa cannot find peace: she complains because of her unrequited love for Elvino. In the meantime she ignores the love which Alessio cherishes towards her. While awaiting the bridegroom, Amina happily answers her village friends. Elvino finally arrives after the notary and offers the wedding ring to Amina. The idyll is broken by the unexpected arrival of a carriage bearing Count Rodolfo, the son of the late Lord of the village, who, after many years absence, is not recognized and prefers to remain incognito. He takes up lodgings in Lisa’s inn and pays compliments to the young bride, thus arousing Elvino’s jealousy.

In his room in the inn, Count Rodolfo pays court to Lisa who seems quite willing, but runs out, dropping a handkerchief, when a sound is heard outside; at that moment Amina arrives, asleep, in her nightdress, repeating the name of Elvino and describing the vision she has of the coming wedding ceremony; then she lies clown on the couch. Rodolfo remains disconcerted and uncertain as to what to do, then leaves the room. Right in this predicament the crowd of villagers enters to congratulate the Count, whose identity they have discovered. In this way everyone sees Amina, asleep in Rodolfo’s room. On waking, the young girl tries to justify herself and pleads her own innocence but nobody believes her. Elvino, seized by jealousy, repudiates her. 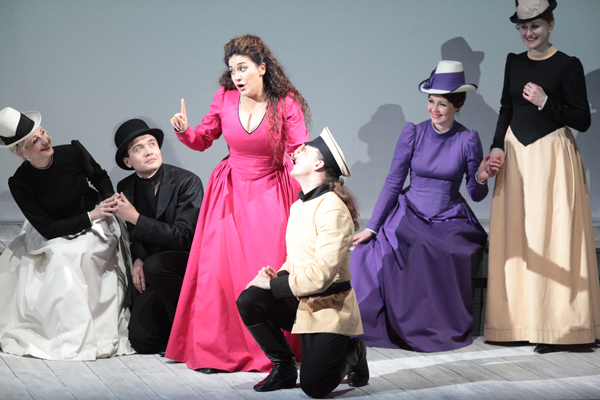 A group of peasants go to see the Count to persuade him to defend Amina who, in the meantime, accompanied by Teresa, crosses the path of Elvino who takes back the ring.

In the village, Lisa, taking advantage of the new situation, is about to marry Eivino who has accepted the marriage despite the Count’s repeated assurances that Amina is innocent. The village is celebrating once again but when Lisa and Elvino pass in front of Teresa’s mill, the latter accuses Lisa of having committed the same act as Amina, declaring that she has found a handkerchief of hers in Rodolfo’s room; Elvino is angry and jealous and rejects this marriage too. Suddenly the sleeping Amina appears on the edge of the roof, thus confirming the words spoken by the Count in her defence. Amina, still sleepwalking, comes down into the street singing her love for Elvino; the latter, repentant and with a change of heart, takes her in his arms, where she awakens. The festivities start once again and preparations are finally made for the wedding. 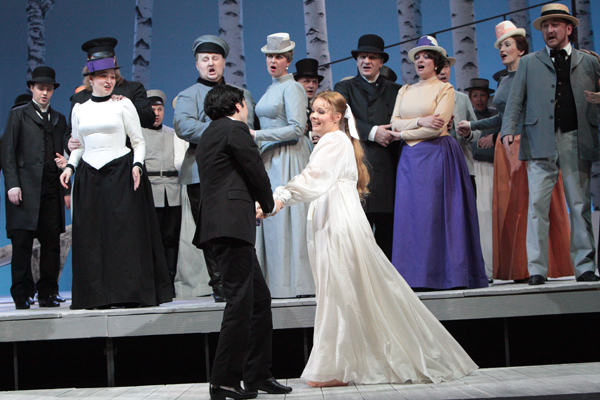 La Sonnambula’s performance history at the Bolshoi is not a great one — the opera has appeared in the repertoire just four times. The Theatre’s first production, however, was only six years after the world première — in December 1837. While the first night of the last Bolshoi Theatre Sonnambula was in December 1891 (when it was given a total of four performances before being dropped from the repertoire in January 1892).

After its long absence, La Sonnambula is returned to the Bolshoi by the illustrious director and scenographer Pier Luigi Pizzi, known for his baroque and bel canto opera productions.

Pier Luigi Pizzi belongs to the same glorious ranks of outstanding Italian theatre people as Giorgio Strehler, Franco Zeffirelli and Luca Ronconi, while his creative range embraces the entire history of opera — from the baroque to the present day. Pizzi did not immediately take up the profession of director, starting off as scenographer and costume designer. Today he brilliantly combines all three professions.

And remarkably, though he has a simply incredible number of romantic operas to his credit, this was to be his first Sonnambula.

“I was amazed to learn that La Sonnambula had not been heard at the Bolshoi Theatre since 1892. However, it was this discovery which prompted me to the treatment of the opera which I am presenting. To transfer La Sonnambula to the present day, would be to divest it of its romantic aura without which it is unthinkable. This opera has to have the quality of an elusive dream. But, nor did I want the action to unfold at the time the opera was created, the remote from us ‘costume age’, since this might inhibit the artists from behaving naturally on stage. I therefore transferred the action to the period when La Sonnambula vanished from the Bolshoi Theatre stage, to the turn of the 19th-20th centuries, the time of Chekhov. 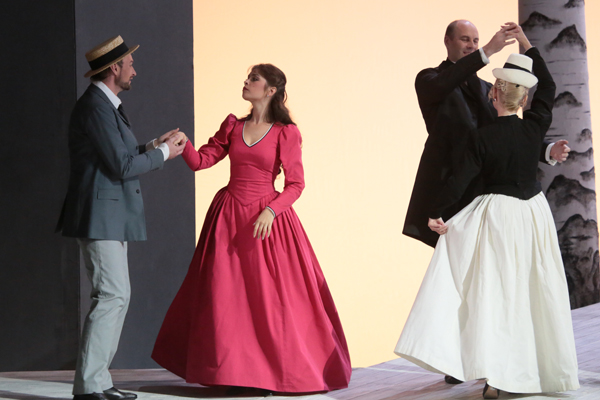 Chekhov’s world is in some sense very similar to that of Bellini. It is incredibly poetic and invariably colored by a gentle melancholy. A note of sadness is always present in Bellini’s music — even at moments of total jubilation. With Bellini shades of feeling are very complex, one emotion conceals another, much is built on counterpoint — just as in the case of Chekhov. And for this reason I decided it would be via Chekhov that I would re-introduce La Sonnambula to the Moscow public.

I did not want the production to turn into a quaint ‘picture-postcard’ and I therefore rejected an emphatically Swiss aesthetic, in favor of a landscape more familiar to the Russian public. The Russian countryside is very poetic, I have a very vivid image of it — an image of absolute purity which is so suitable for La Sonnambula.”

This entry was posted in OPera and tagged Bolshoi, La sonnambula, Vincenzao Bellini. Bookmark the permalink.