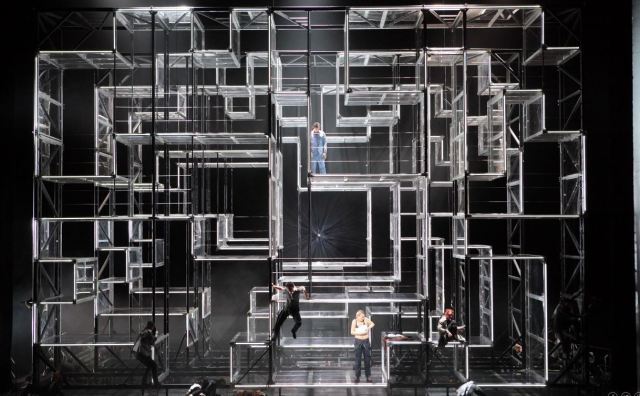 Florestan has disappeared. Leonore, his wife, is searching for him. She wants to rescue him. Pizarro, his enemy, has been persecuting him. He wants to kill Florestan.

Leonore suspects that her husband, Florestan, is being held prisoner by Pizarro in his fortress.

She alters her identity and, calling herself Fidelio, gets a job as an assistant to Rocco, who is the chief jailer in Pizarro’s prison.

Marzelline, Rocco’s daughter, has fallen in love with Fidelio. Jaquino, who also works for Rocco, is in love with Marzelline, but she now finds his affection a nuisance and would like to be rid of him. Rocco is convinced that money, not only love, is necessary in order to find happiness in life. He sides with his daughter and encourages her in her hopes for a new romance. Marzelline already imagines the fulfillment of her dream: she will be happily married to Fidelio and spend her life at his side. Having won the confidence of father and daughter, Leonore also hopes that she is getting closer to her goal, namely to find Florestan. Jaquino’s hopes are dashed, however, and his world falls apart.

Pizarro’s superior, Fernando, plans to inspect the prison as he has heard that people are being held there illegally. Pizarro gets himself into the mood for his revenge: Florestan must be killed before Fernando arrives and Rocco is given instructions to carry out the task – for which he will, of course, be generously rewarded. Rocco refuses to murder Florestan but, mindful of his duty, he agrees to assist Pizarro when the latter orders him to help him to carry out the murder himself.

Leonore, who has overheard the conversation between Pizarro and Rocco, is now determined to do whatever is necessary to rescue her husband. She allows the prisoners to go out into the prison yard for air but cannot find Florestan among them when she scans their desperate faces, so she persuades Rocco to allow her to accompany him down into the dungeons, where she suspects Florestan is being held.

Pizarro angrily gives orders for the prisoners to be returned to their cells. Rocco steps in front of Marzelline and Leonore to protect them. Mindful of the plot to get rid of Florestan, Pizarro does not punish Rocco for disobeying orders. 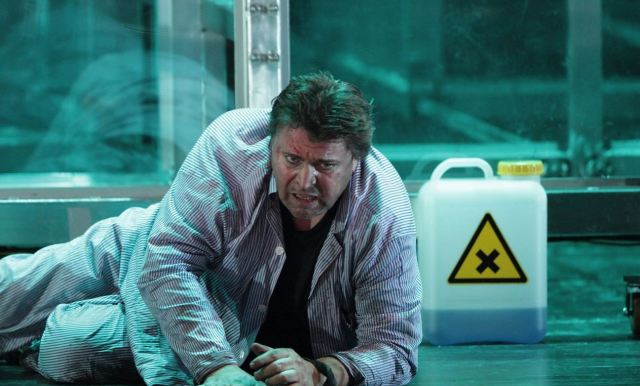 Florestan bemoans his fate. Just as if he were hallucinating, he has a vision of Leonore as an angel coming to his rescue.

Rocco and Fidelio make their way down to Florestan’s dungeon and begin with the preparations for his murder. Horrified and yet filled with hope at the same time, Leonore recognizes her husband. Pizarro appears to kill Florestan. Fidelio succeeds in preventing the murder at the last moment by stepping between the prisoner and Pizarro and revealing herself as Florestan’s wife, just as a trumpet call rings out to announce the arrival of Fernando.

Justice has been established and there is rejoicing. Fernando, who had believed that his friend Florestan was dead, sets him and all the other prisoners free and Pizarro is punished. 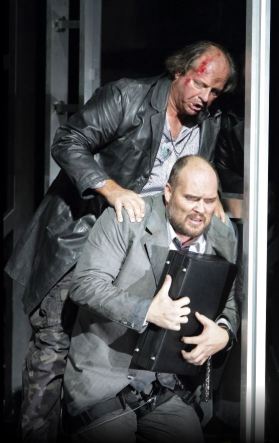 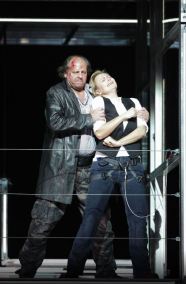 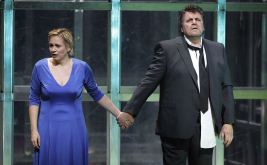 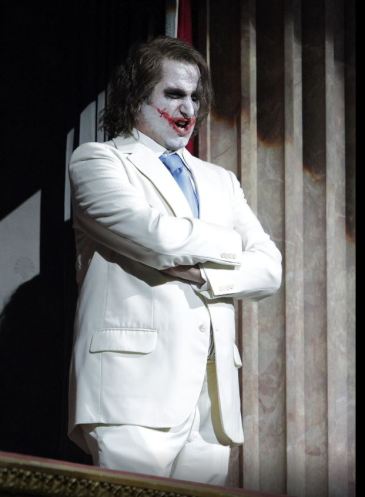