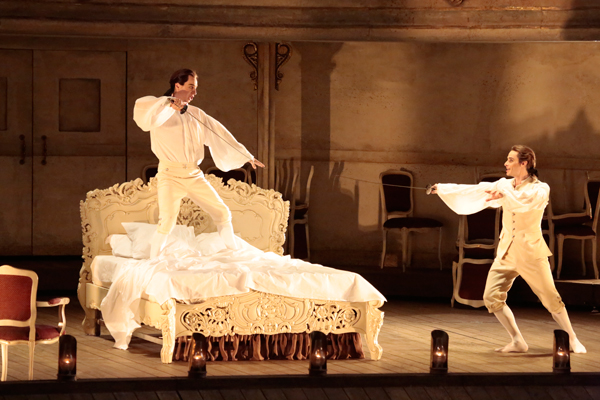 Libretto by Lorenzo da Ponte
Premiered on May 24, 2014

The score has been made available by
Neue Mozart-Ausgabe, Bärenreiter-Verlag
Kassel · Basel · London · New York · Praha 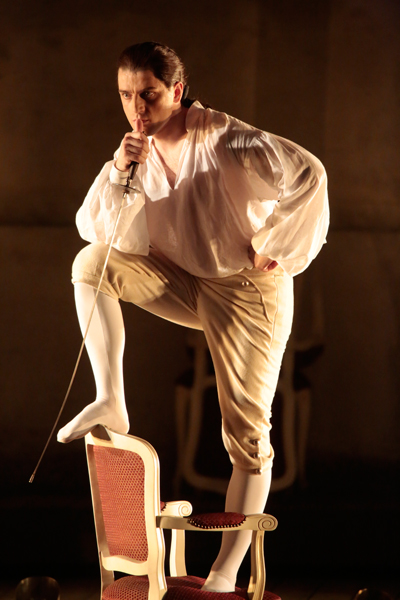 Ferrando is in love with Dorabella and Guglielmo is in love with Fiordiligi, her sister. Don Alfonso outrages the men by stating that the girls will sooner or later be unfaithful to them; he makes a bet with them that he can prove his words within the space of a day, but that Ferrando and Guglielmo must follow his orders completely during that time. Dorabella and Fiordiligi are waiting impatiently and longingly for their lovers. Alfonso, however, arrives instead and imparts the disastrous news that their fiances must leave immediately for the battlefield. The couples swear eternal fidelity and with great difficulty the sisters bid farewell to their lovers. Ferrando and Guglielmo leave for the front.

Dorabella cannot restrain her despair. The servant girl Despina reacts matter-of-factly and advises the sisters to look for new lovers. Alfonso decides to involve Despina partially in his plans. He introduces her to two exotic foreigners whom he says are in love with Fiordiligi and Dorabella: Despina’s job is to help them obtain their desires. The men’s disguise is complete, for Despina does not recognise them. The sisters are horrified that strange men have gained access to their house. Fiordiligi is offended to the core by their shameless courting and proclaims the steadfastness of her and Dorabella’s fidelity.

Alfonso has to trust in Despina’s talents for the success of his next plan. She advises the foreigners to pretend to kill themselves for unrequited love. As a miracle-working doctor Despina then seems to save the lives of the two men with a magnet; their complete recovery, she says, can only be completed by a kiss from the two sisters. The women react with horrified indignation to such a suggestion. 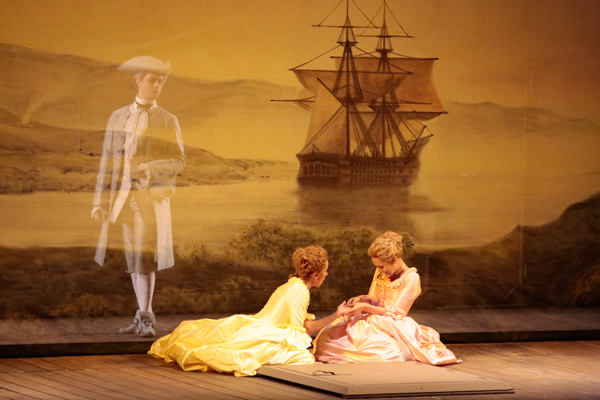 Despina advises the sisters how to carry out a no-strings-attached flirtation with the two strangers; the two women are now prepared to allow themselves a little amusement with the men. Dorabella chooses the disguised Guglielmo and Fiordiligi the disguised Ferrando.

The men serenade the women, begging forgiveness for their forward behavior and promising to mend their ways. Alfonso and Despina arrange matters so that the new couples come closer together.

Dorabella is only too ready to exchange her locket with Ferrando’s picture for a medallion in the shape of a heart offered by the disguised Guglielmo. Their new relationship is thus confirmed.

The disguised Ferrando has, however, been rejected with disgust by Fiordiligi. Alone, she nevertheless has to admit to herself that she has fallen in love with the newcomer. Filled with remorse, she begs forgiveness for her infidelity to Guglielmo.

Guglielmo finds it extremely difficult to defend his seduction of Ferrando’s fiancee to Ferrando himself.
Dorabella is ready to begin a new life with her new lover.

Fiordiligi is offended by her sister’s behaviour. However, she intends to flee her newly discovered love and decides to go to Guglielmo. She is trying on clothing left behind by Ferrando when the disguised Ferrando himself appears; Fiordiligi can resist him no longer. Don Alfonso explains the lesson that must be learnt from their experiences to the disillusioned men: such is women’s nature. Despina arrives with the message that the sisters are ready to marry the strangers and that the notary is standing by. A double wedding ceremony is improvised and both women have just signed the marriage contracts when Ferrando’s and Guglielmo’s return is announced. The supposed bridegrooms hide in an adjoining room — only to readopt their original characters and to give the sisters the fright of their lives at their supposed return. Don Alfonso shows them the marriage contracts. The boys react furiously, but the sisters beg for forgiveness. Ferrando and Guglielmo would love to believe them, but do not want to experience something like this ever again. Don Alfonso has won his bet: young people cannot arrive at adulthood emotionally unscathed. 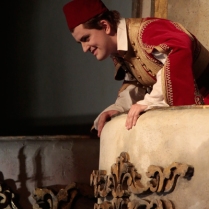 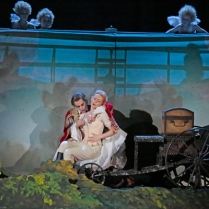 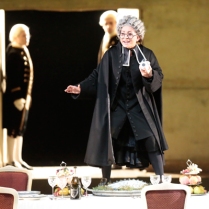