Carmen at the Oper Frankfurt

Sung in French with German surtitles
duration: ca. 3hrs 30 mins, including one interval

The work on which the opera was based, Prosper Mérimée’s novel, Carmen (1845), reflected a fascination the French had in those days for all things Spanish. With its tabacco factory, gypsy and smuggler way of life it appealed to a romantic dream of a free existence. The librettists Meilhac and Halévy remained true to most of the novel but cleverly expanded the characters and the relationships between them. This resulted in the comparision of two very different women: Michaëla, representative of a classic idea of womanhood and Carmen, who stands for the spirit of the times. She is a cliché of a seductress, a femme fatale – but also embodies freedom and self-determination.
Lyric moments collide with the tremendous smugglers’ revue music: Bizet breaks down boundaries between genres with the use of unexpected breaks between the biting tone of opéra bouffe and deeper tragedy. His Carmen refuses to be categorised and, 130 years later, still opens inexhaustible avenues to interpretation.
According to statistics, Carmen is the most performed opera in the world. But it is precisely its popularity as the passionate love story, that obscures a study of social and ideological conflict, and therefore its true potential. Bizet’s score and his heroine refuse to be tied down. Who is Carmen? A factory worker from Seville? A vamp? A victim? Carmen will not divulge her secret: she only knows that fate is unavoidable.

FREE CHILDMINDING during the performance on June 19th, at 3.30pm!

Seville.
Moralès and his soldiers look on as men pester a young woman, Micaëla, who is looking for sergeant Don José. She runs off, saying that she will come back when José is back on duty. The women who work at the cigarette factory are taking a break, surrounded by men. Carmen has the most admirers. Only one man, José, takes no notice of her until she throws him a flower. He is confused and fascinated by her, and pleased when he sees Micaëla again. She, an orphan raised by José’s mother, gives him a letter, money and, best of all, a kiss from his mother, which makes him forget seductive Carmen for a moment. Carmen is arrested for injuring one of her colleagues in the factory with a knife. Lieutenant Zuniga orders José to take her to prison. She seduces José with song and promises of love. He helps her escape, and is arrested.

Lillas Pastia’s tavern.
Carmen and her friends Mercédès and Frasquita work with the smugglers Dancaïro and Remendado. Escamillo, the winner of the bullfight in Granada, appears. He is strongly attracted to Carmen, who is waiting for José, who is due to be released from prison that day, the reason why she refuses to take part in the next smuggling operation. José arrives at last. While Carmen dances for him, the tattoo is heard. The soldier, conscious of his duty, tells Carmen he must go. She is furious with him and doubts his love. Lieutenant Zuniga suddenly appears. José, driven by jealousy, attacks his superior. Zuniga is disarmed by the smugglers. There is now no turning back for José, he deserts.

In the mountains.
The smugglers try and transport their wares to Seville under the cover of darkness. José now lives with them and Carmen, who is fed up with his jealousy. The cards prophesy that both will die. When Escamillo, searching for Carmen, meets José they fight a duel, during which Carmen saves Escamillo’s life. He invites her and the smugglers to the bullfight in Seville. Micaëla bravely approaches the smugglers to try and persuade José to come home. Only the news that his mother is on her deathbed can move him to follow Micaëla.

Outside the bullring.
Escamillo enters the arena for the bullfight, cheered by the people. Carmen wants to follow him. José blocks her way. José begs Carmen, for the last time, to follow him and start a new life. She refuses, throwing the ring he gave her to the ground. José stabs Carmen. 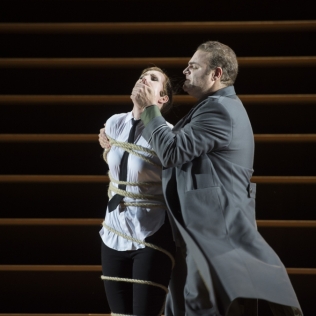 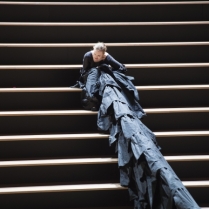 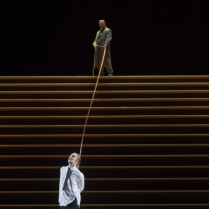 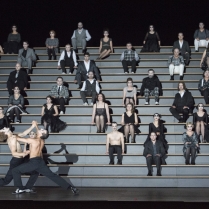 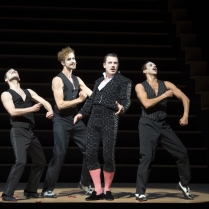