Sung in Italian with German surtitles, c. 2hrs 45 mins, including one interval

It is hard to believe: with his 28th, and last opera, 80 year old Verdi reinvented himself again. Leaving all 19th century Italian operatic conventions behind, he had fun with them and quotes from his own works and some of his antipode, Richard Wagner. Seven years earlier Verdi had allowed himself to be seduced by Arrigo Boito into composing another opera based on Shakespeare – Otello. Keith Warner directed the work with light hand in a versatile stage design based on the Globe Theatre on the banks of the Thames. In the end the fat knight Sir John, who was made to look a fool to pay him back for trying to court two married ladies in the hope of getting himself out of a tight financial corner, starts off the closing fugue: »Everything in the world is a joke.« 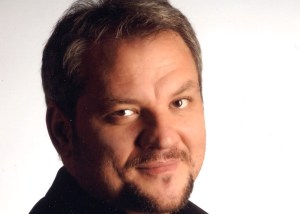 Željko Lučić, a native of Serbia, continues to garner acclaim for his performances of the dramatic baritone repertoire in the world’s leading opera houses, including the Metropolitan Opera, Royal Opera House in Covent Garden, San Francisco Opera, and L’Opéra National de Paris. For his appearance in La forza del destino with San Francisco Opera, the Financial Times declared, “with this Don Carlo, Željko Lučić served notice that he is one of today’s pre-eminent Verdi baritones.” In the 2015-16 season Lyric Opera of Chicago audiences will hear him in the title role of Nabucco, and he returns to the Metropolitan Opera as Scarpia in Tosca, Iago in Otello (also HD broadcast) and the title role of Rigoletto. In summer 2015 he sang Scarpia at Teatro alla Scala. 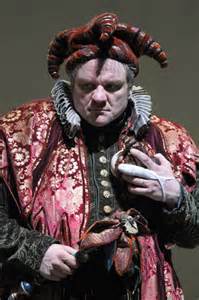 In season 2014-15 he reprised the title role of Macbeth and sang Amonasro in Aida at the Met; reprised the role of Gérard in David McVicar’s new production of Andrea Chénier at the Royal Opera House, broadcast cinematically worldwide; and stepped into the title role of Nabucco with Wiener Staatsoper. His 2013-14 season engagements included Germont in La traviata with Diana Damrau, also Amonasro in Aida in returns to Teatro alla Scala; and his return to the Metropolitan Opera as Gerard in Giordano’s Andrea Chénier. Other European engagements included Scarpia in Tosca and the title role in Nabucco with Wiener Staatsoper; Iago in Otello with Opernhaus Zurich; the title role in Falstaff with Stadtische Bühnen Frankfurt; the title role in Simon Boccanegra with Semperoper Dresden; and Scarpia with Bayerische Staatsoper. In 2012-13 he sang the title role in Rigoletto for the Metropolitan Opera’s new production, for San Francisco Opera, Lyric Opera of Chicago and Teatro all Scala, title roles in Simon Boccanegra and Macbeth in returns to Bayerische Staatsoper, and Renato in Un Ballo in Maschera in a return to Teatro alla Scala. 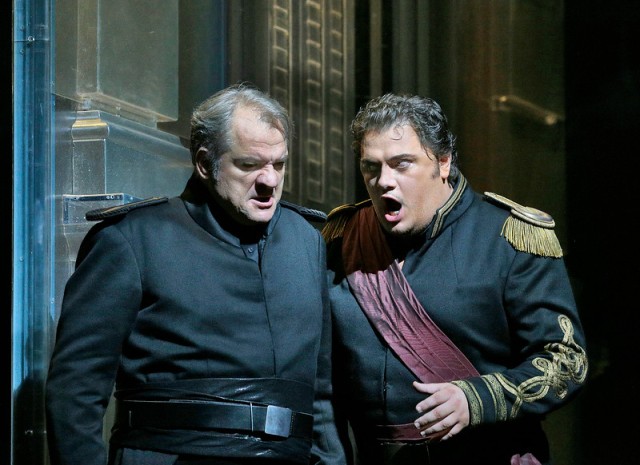 In Otello at the Metropolitan Opera. Photo by Ken Howard

Internationally, he has performed the role of Scarpia in Tosca at Teatro alla Scala, Don Carlos in La forza del destino with Wiener Staatsoper, Miller in Luisa Miller with Bayerische Staatsoper, the title role in Nabucco with both Wiener Staatsoper and Oper Frankfurt; Don Carlo in Ernani with Asociacíon Bilbaína de Amigos de la Opera; the title role in Simon Boccanegra with Oper Frankfurt; Iago in Otello with Deutsche Oper Berlin; and Germont in La traviata with Royal Opera House: Covent Garden. Other successes include the title role in Macbeth, Miller in Luisa Miller, and Germont in La traviata with the Bayerische Staatsoper; a return to Oper Frankfurt to perform as Rodrigo in Don Carlo in a gala concert, as well as Zurga in Les Pêcheurs de perles; and the title role in Rigoletto for Teatro Real in Madrid. He has also performed at the annual Richard Tucker Gala in New York City. 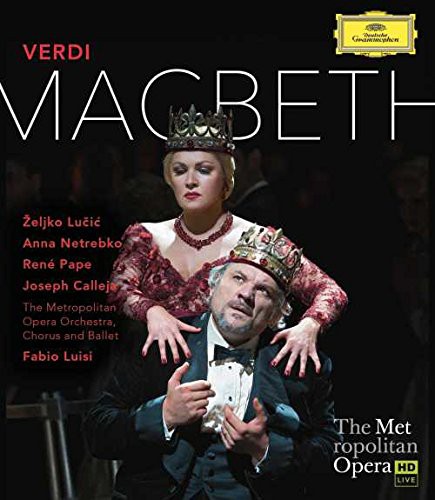 Other successes include his Metropolitan Opera debut as Barnaba in La Gioconda, his performance with Dallas Opera as the title role in Nabucco, with Bayerische Staatsoper as Don Carlo in La forza del destino and with Wiener Staatsoper as Germont in La traviata. He appeared with Oper Frankfurt as the title role in Simon Boccanegra, Renato in Un ballo in maschera, and Yeletsky in Pique Dame. In the summer of 2007, he made his Boston Symphony Orchestra debut at Tanglewood as Rodrigo in a concert performance of Don Carlo under James Levine, and sang Amonasro in Aida for Staatsoper Dresden.

Mr. Lučić made an unscheduled debut with L’Opéra National de Paris singing Count di Luna for the opening of the new Francesca Zambello production of Il trovatore. He has also sung at Bregenz Festival, Hamburgische Staatsoper, and with Oper Frankfurt. He returned to San Francisco Opera to sing Don Carlo in La forza del destino after his debut with the company as Germont in La traviata – a role he has also sung at the Royal Opera House in Covent Garden, the Deutsche Staatsoper Berlin, the Grand Théâtre de la Ville de Luxembourg, and the Festival d’Aix-en-Provence. 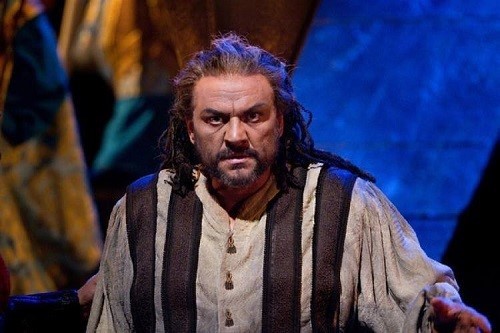