Posted on November 1, 2016 by editoreusa

Cultures clash when a trusting young woman marries an American naval officer stationed in Nagasaki. Puccini’s gut-wrenching music takes the audience on an emotionally charged journey through innocence, betrayal and sacrifice towards a heartbreaking finale.

Sung in Italian with English supertitles 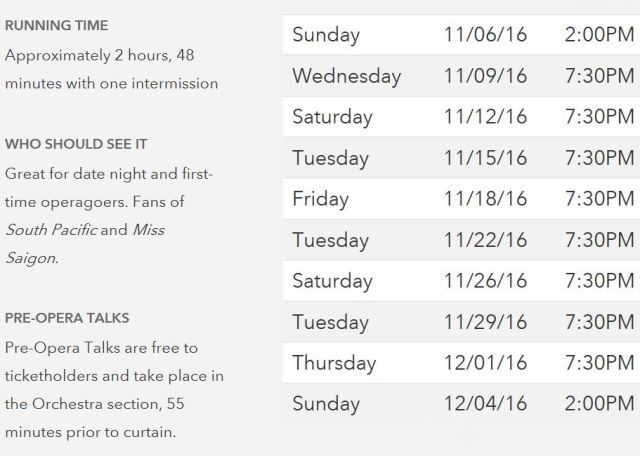 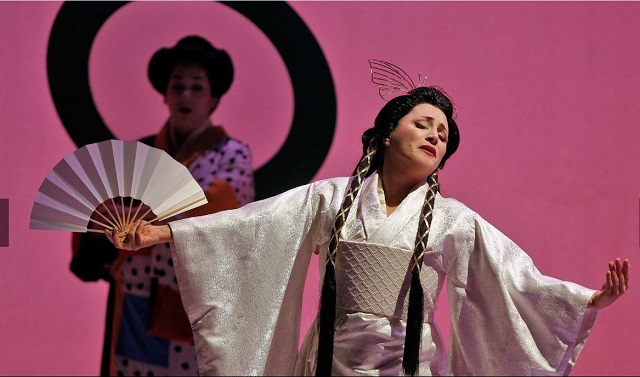 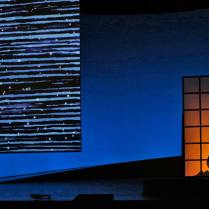 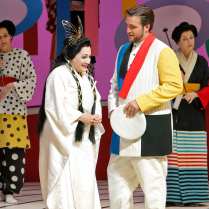 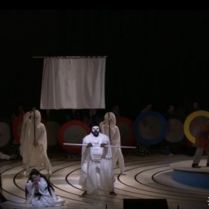 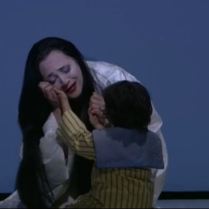 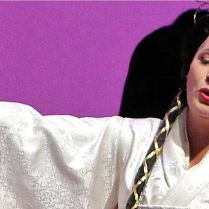 The marriage broker Goro shows Lt. Pinkerton, USN, the house that Pinkerton has rented to occupy with his bride-to-be, the geisha Cio-Cio-San (Butterfly). Soon they are joined by the U.S. Consul at Nagasaki, Sharpless, who is surprised by the marriage contract Pinkerton is about to sign: It is valid for 999 years but can be annulled at the end of each month. Sharpless tries to make the carefree lieutenant seriously consider the step he is about to take. Pinkerton asks Sharpless to join him in a series of toasts, among them one to the real wedding and the real American wife he will surely have one day. Just then, the voice of Butterfly is heard as she and her geisha friends ascend the hill. She is the happiest girl in Japan and comes to answer the summons of love. Butterfly talks of her unhappy family and tells Sharpless that at fifteen, a geisha is already an old woman. She shows Pinkerton some of her possessions, among them the dagger with which her father had committed hara-kiri at the Mikado’s orders. Butterfly tells Pinkerton that she is willing to give up her own gods and to adopt his religion. The Imperial Commissioner and Official Registrar then perform the civil wedding ceremony. Sharpless leaves with a word of caution that he believes Butterfly is seriously in love, but Pinkerton has already turned to his new relatives, urging them to celebrate his happiness. Butterfly’s uncle, the Bonze, arrives. He has heard that Butterfly has renounced her religion, and he calls all her relatives to renounce her. Pinkerton orders them away and then tries to comfort the weeping Butterfly. Smiling through her tears, she tells him that although everyone else has rejected her, she is happy only with Pinkerton. As night falls, Pinkerton realizes how much he loves Butterfly.

Pinkerton has sailed away and three years have passed. Butterfly and her maid Suzuki are living in utter poverty in the house on the hill. Butterfly still believes that Pinkerton will return to her, as he promised, but Suzuki doubts it. Goro brings Sharpless to Butterfly to read her a letter from Pinkerton, but she insists on receiving him as an honored guest. Her hospitality interferes with his efforts to read the letter. They are joined by Goro’s client, Prince Yamadori, who hopes to marry Butterfly. She brushes aside his offer, insisting that she is already married. Yamadori leaves and Sharpless at last produces his letter, but Butterfly is so carried away by the thought that Pinkerton has written she fails to grasp the meaning of his words. Sharpless asks her what she would do if Pinkerton never came back. Become a geisha again, she answers—or better, die. Sharpless suggests she reconsider Yamadori’s proposal, at which Butterfly goes out and returns with Pinkerton’s child. She assures Sharpless that Pinkerton would never abandon such a beautiful child. Moved, Sharpless promises to inform Pinkerton of his son and leaves. Suzuki shouts at Goro, who has been saying that nobody knows who the child’s real father is. Butterfly threatens him with a dagger and drives him away. A cannon shot is heard and Butterfly takes up the telescope and recognizes Pinkerton’s ship. Sure that her faith will be rewarded, Butterfly prepares for Pinkerton’s arrival and she and Suzuki decorate the house with flowers. Butterfly, Suzuki and the child wait and watch overnight for Pinkerton’s return.

Morning comes and Butterfly carries the sleeping child off. Sharpless, Pinkerton, and an unknown American woman arrive in the garden, and Sharpless tells Suzuki that the woman is Pinkerton’s new wife. He hurries off leaving Sharpless and Kate to confront Butterfly, who enters quickly and realizes the reason for Pinkerton’s visit: the couple has come to take the child away. Butterfly instructs them to return for the child in half an hour. She takes her father’s dagger and is determined to end her life when Suzuki, in an attempt to stop Butterfly, pushes the child into the room. Butterfly hugs him close and then sends him out to play. Left alone, Butterfly performs ritual suicide. Pinkerton learns of Butterfly’s devotion for him and is struck with remorse, but he decides to continue with his American marriage. 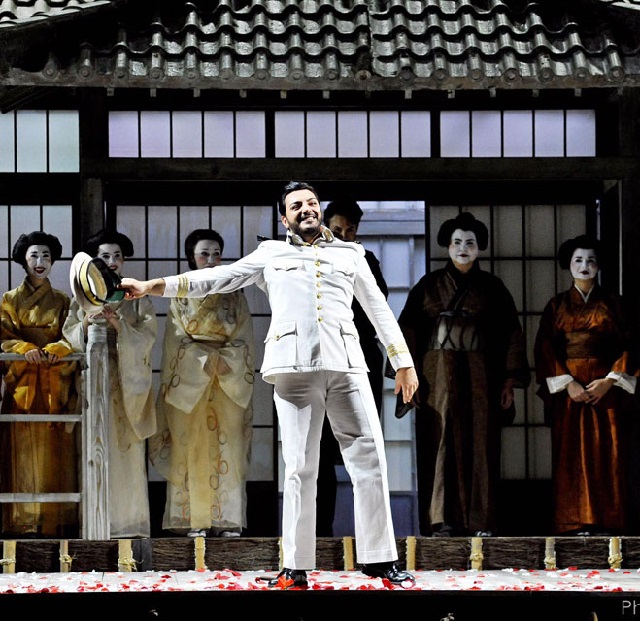 Vincenzo Costanzo is one of the youngest Italian tenors of the opera scene, winner of the “Oscar Della Lirica” Award (New Generation Tenor Award), in Doha (Qatar) in December 2014. Born in 1991, he began his musical studies at the age of six years old, singing in the children choir of Teatro San Carlo in Naples. At the age of 11 years old, he made his debut as a soloist. He studied piano and music theory privately then graduated at the conservatory. 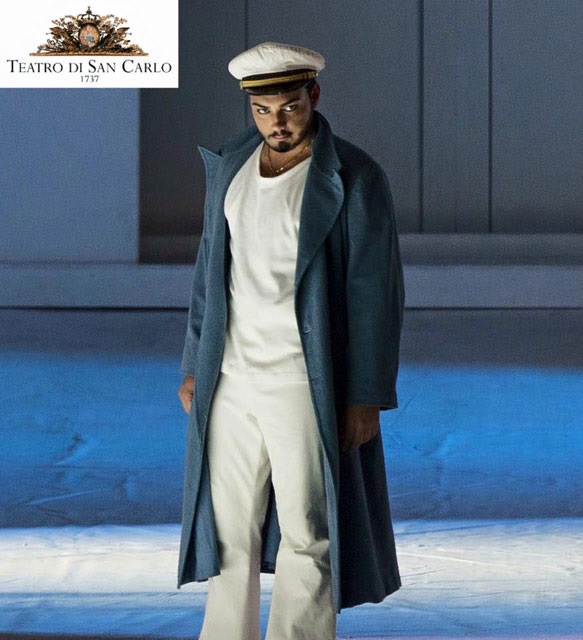 In parallel he took Degree in Computer Engineering. He began to study singing with M°Marcello Ferrara, son of the famous violinist M° Aldo Ferraresi; later studied with M° Marco Berti.
Despite his young age, Costanzo has already had the opportunity to know and work with internationally renowned conductors and directorssuch as M° Daniel Oren, M° Franco Zeffirelli at the Arena di Verona, Liliana Cavani at the Liceu in Barcelona.

In December 2012 he made his debut in MACBETH at Teatro Carlo Felice in Genoa, under the baton of M° Andrea Battistoni; in July 2013, on the occasion of the Verdi Bicentennial, he debuted in Busseto in the role of Rodolfo in LUISA MILLER under the conduction of M° Donato Renzetti and with the extraordinary collaboration for the theatrical staging of the baritone Leo Nucci.
Then he sang the same role at Teatro Comunale di Piacenza,
Teatro Comunale of Ferrara and the Teatro Dante Alighieri in Ravenna, with great success by the public and critics; in September of the same year he made his debut in the role of Alfredo Germont in LA TRAVIATA conducted by M° Daniel Oren at the Guangzhou Opera House, in a production of the Royal Opera House Covent Garden of London. After the experience in China, he takes part in setting of LA TRAVIATA at La Scala in Milan for the opening of the 2013/2014 season.

In February 2014 he debuted the role of Pinkerton in MADAMA BUTTERFLY at Maggio Musicale Fiorentino under the baton of M° Juraj Valcuha and later took part in the production of SIMON BOCCANEGRA at the Municipal Theater in Piacenza directed by Riccardo Canessa. In the spring of 2014 he made his debut as Pinkerton at the Teatro la Fenice in Venice, with the conduction of M° Bisanti; role then also debuted at Teatro San Carlo in Naples.

Subsequently he collected new successes in the role of Alfredo (LA TRAVIATA) in Novara with M° A. Battistoni and in Astana (Kazakhstan) with M° Francesco Ciampa Ivan.
Costanzo ended 2014 by taking part in New Year concerts at Guangzhou Opera and Shanghai (China). 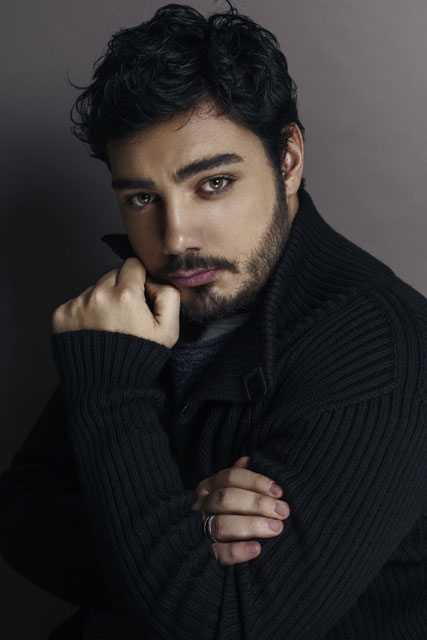 Recently he performed in MADAMA BUTTERFLY with La Verdi Orchestra in Milan and with MACBETH at the Dutch Opera Theatre in Amsterdam.

This entry was posted in OPera. Bookmark the permalink.