“Lady Macbeth of Mtsensk” in Norway

An Opera by Dmitri Shostakovich
8 productions From September 4. to October 3.
Performed in Russian Texted in Norwegian and English
3 hours and 15 minutes

At the Den Norske opera & Ballet Thater in Oslo

A starkly cold fishing village in Northern Norway, a male-dominated society, a loveless marriage, an absent husband, a warm and willing lover, a quick-tempered father-in-law, a poisoned meal, a hidden body, a surprising return, a wedding with complications and a woman with sensational dynamism. These are the main ingredients of Dmitri Shostakovich’s tragic satire Lady Macbeth of Mtsensk, staged here in a new production by Ole Anders Tandberg.

The opera is based on an 1865 novel by Nikolai Leskov. Inspired by Shakespeare’s Macbeth it depicts an unscrupulous woman who kills both her father-in-law and husband in order to follow her desires and satisfy her lusts. But Shostakovich’s music gives her a depth that makes her more sympathetic. The composer justified this choice thus: «To Leskov the woman is a murderer. I see her as a complex, tragic force of nature. She is a woman full of love, a deeply sensitive woman, in no way without feelings.» The result is a fascinating woman: strong and weak, affectionate and ambitious, sensitive and brutal, uncertain and unscrupulous, warm and cool, calculating and unpredictable. With the story of this dynamic woman, Shostakovich moves in the area between tragedy and comedy. The music is a blend of grotesque, beautiful, lyrical, dramatic, ironic and humorous – like a little scary laughter in the cold darkness. 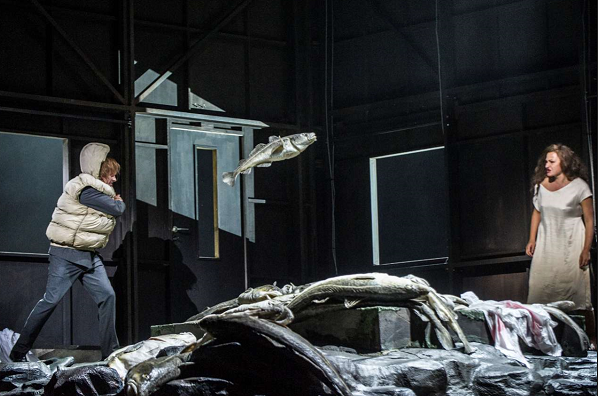 Lady Macbeth of Mtsensk is a co-production with Deutsche Oper Berlin, and has its Berlin premiere on 25 January 2015. 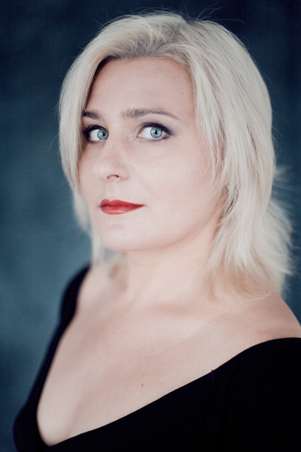 He made his debut as Harlequin in Pagliacci in Helikon Opera Theatre in Moscow where he sang for 10 years main tenor parts such as Alfredo in La Traviata, Lykov in The Tsar’s Bride, Alfred in Die Fledermaus, Lensky in Eugene Onegin, Duca in Rigoletto, Macduff in Macbeth, and Sergey in Lady Macbeth Of The Mtsensk District.

Recent and upcoming engagements are Boris in Katja Kabanova (Opéra de Dijon), Sergey in Lady Macbeth Of The Mtsensk District (Pfalztheater Kaiserslautern), and
Manrico in Il Trovatore (Landestheater Detmold), among others.

«Exceptional», «clear as ever» and «one of his finest performances ever» are just some phrases critics have used to describe Magne Fremmerlid in the past couple of years.

A member of the Norwegian National Opera soloist ensemble since 1997, Fremmerlid’s diverse repertoire includes roles as Scarpia in Tosca, Sarastro in The Magic Flute, Colline in La Bohème, the Commendatore in Don Giovanni, Fafner in Das Rheingold, Hagen in Götterdämmerung, the Water Goblin in Rusalka, King Mark in Tristan und Isolde, Hermann in Tannhäuser, Stuart in Around the World in 80 Days and Time/Neptune in The Return of Ulysses to his Homeland. In September 2012 he gave a solo recital in the Second House with Boris Schäfer.

Fremmerlid’s stylistic range is extensive, including both the opera Querini on the island of Røst and the jazz opera Storkaren (The High Flyer) as part of the Fjord Cadenza Festival.

Marius Roth Christensen has a versatile career. He first became known as the guitarist and vocalist of the rock band Seigmen. He later studied at Østlandet Music Conservatory and the National Academy of Operatic Art.

Roth Christensen made his debut at the Norwegian National Opera in 2006, in the role of Tamino in The Magic Flute. He has been a member of the soloist ensemble since 2013, and we have seen him in roles likelike Beppe in Pagliacci, Alfredo in La traviata, the White Minister in Le Grand Macabre and Der Steuermann in The Flying Dutchman.

His roles on opera stages around Norway include Rodolfo in La Bohème, Tamino in The Magic Flute, Rinuccio in Gianni Schicci, Bastien in Bastien und Bastienne and Turiddu in Cavalleria rusticana. He has also sung in several musicals, including West Side Story, Jesus Christ Superstar, Carousel and Fiddler on the Roof. In 2012 he had his debut at the Lyric Opera Dublin in the role of Pinkerton in Madama Butterfly.

Earlier this year he sang Don Ottavio in Don Giovanni – a role he will do again this fall. In addition he will do Zinovij Borisovich Izmajlov in Lady Macbeth of Mtsensk and Alfredo in La Traviata. 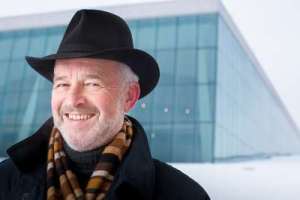