Thomas Adès’ THE TEMPEST at the Hungarian State Opera

Heralded by the New York Times as “one of the most inspired, audacious and personal operas to have come along in years”, Thomas Adès’s 2004 opera uses the tales of Prospero, Caliban and Ariel – as well as the young Ferdinand and Miranda – to raise issues about the thirst for vengeance, the power of good and evil, the nature of magic, the possibility of love, and paths to reconciliation.

The libretto by Australian dramatist Meredith Oakes preserves Shakespeare’s poetry, while at the same time providing space for the soaring and thrilling music of Adès, whose vocal works frequently test the limits of the human voice and present a quite formidable challenge to the singers. 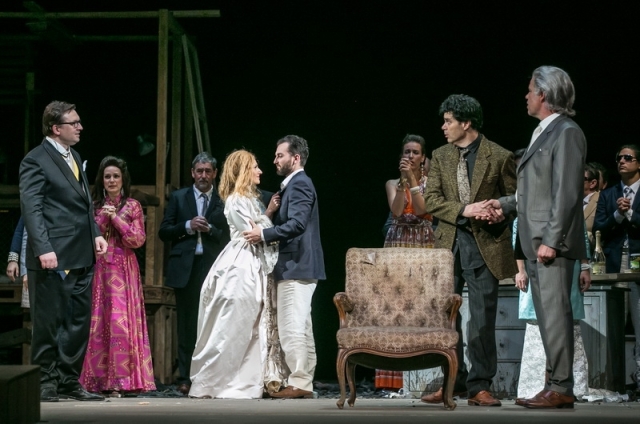 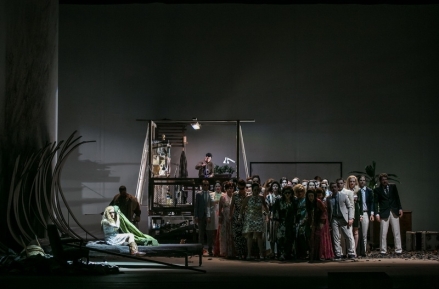 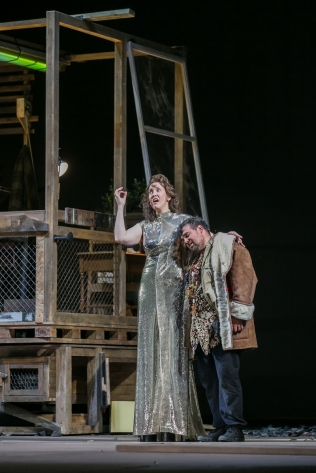 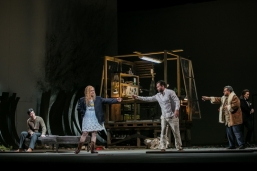 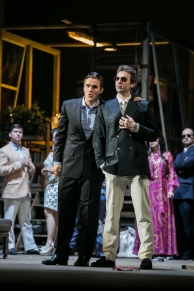 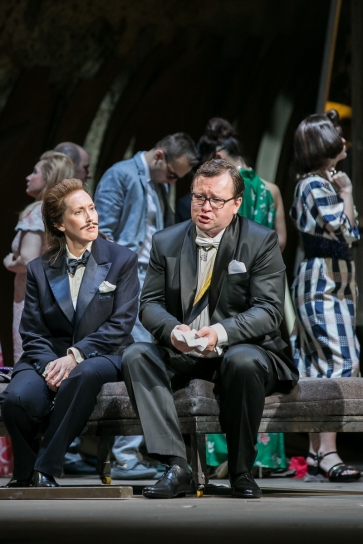 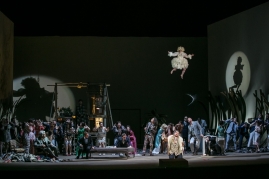 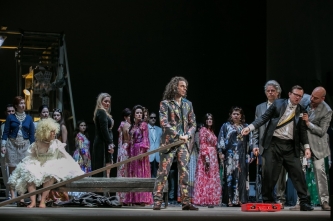 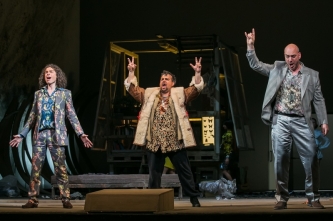 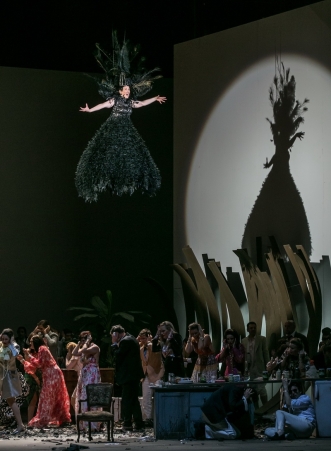 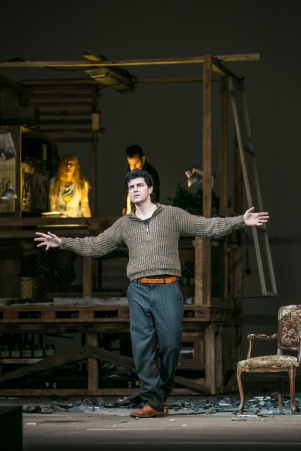 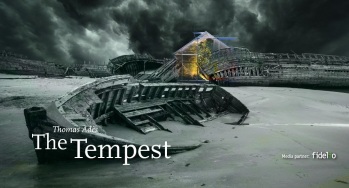 Background
After being deposed from the throne by his brother, Antonio, with the support of the king of Naples, Prospero, the rightful duke of Milan, sets out to sea in a small ship with his young daughter, Miranda, to be carried off wherever the currents take them. The former duke and the child owe their life to a nobleman named Gonzalo, who had previously been Prospero’s counsellor. Sympathising with the exiles, the gentleman loads the ship full of food and Prospero’s books. Although everyone believes them to be dead, Prospero and Miranda find a new home on an unknown island. Prospero uses sorcery to bring the island under his dominion.

Act I
In the open sea near Prospero’s island, a ship encounters a sudden raging tempest and founders. The crew and passengers, who include Antonio, as well as the king of Naples and Gonzalo, miraculously manage to reach the shore in safety. Suspecting that her father had used his magical powers to summon the tempest, Miranda feels sympathy and worry for the travellers on the ship. Prospero reassures her that no ill has befallen anybody. Since the girl has no memories of her early childhood, Prospero now tells her for the first time about Milan, about her girlhood and the treachery of his enemies. Deeply saddened by what she has heard, Miranda falls asleep. Prospero summons Ariel, the spirit who serves him, and commands him to watch over the survivors of the shipwreck. Caliban, the son of the witch Sycorax, who had previously ruled over the island, comes to Prospero. The loathsome creature accuses Prospero of ungratefulness, and also makes it clear that he would be pleased to marry Miranda and make her the mother of his children. The thought of this fills Prospero with disgust, and he threatens Caliban. Meanwhile, Ferdinand, the heir to the throne of Naples, despite being separated from his companions, makes it safe and sound to shore, where he encounters Miranda. Against Prospero’s will, the two fall in love with each other immediately. This is the first time that Miranda has acted against her father’s wishes. Prospero, blinded by his own thirst for revenge, sees Ferdinand only as the son of his enemy.

Act II
The castaways marvel at the island and the circumstances of their deliverance. Only the king is worried, as his son, Ferdinand, is nowhere to be found. Each attempt to cheer him up fails, especially after the clever Ariel instigates a quarrel between Antonio and Sebastian, and then between Sebastian and the courtiers. When Caliban joins them in order to incite them against Prospero, the group laughs at him and ply him with brandy, making Caliban drunk. The survivors set off to find Ferdinand, leaving Stefano and Trinculo alone with Caliban. Prospero slowly realises that he cannot stand in the way of Miranda and Ferdinand’s love. He has lost his total power over his daughter.

Act III
Caliban, Stefano, Trinculo – all three of them intoxicated – set out against Prospero, intending to kill him. Stefano and Caliban both dream of becoming the master of the island, with Miranda as his wife. Meanwhile the despairing king, believing Ferdinand to be dead, designates Gonzalo as heir to the throne in the event of his death instead of his own younger brother, Sebastian. When the king and his retinue fall into a deep sleep shortly thereafter, Antonio and Sebastian decide to kill the king and Gonzalo, but Ariel thwarts their plans by waking up the sleepers in time. The spirit then sternly calls the king and Antonio to account for seemingly having sent Prospero and Miranda to their certain death twelve years earlier. Meanwhile, Prospero, accepting the love between Ferdinand and Miranda, asks his daughter’s forgiveness. Miranda again states how much she abhors Caliban and his murderous instincts. When Ariel movingly relates to Prospero how much pain the king of Naples and Gonzalo feel over Ferdinand’s death, the master of the island decides to forgive his enemies and forget the past. When the group of people wandering the island appear before him, Prospero returns Ferdinand to his father, renounces his study of magic, and sets free the spirits held in his service. Preparing for Ferdinand and Miranda’s wedding, they leave together on the ship that had already been repaired by magic. Only Caliban remains on the island, all alone.

This entry was posted in OPera and tagged Hungarian State Opera, the Tempest, Thomas Adès. Bookmark the permalink.