Returning home from battle, a victorious general encounters a coven of witches who predict his future—he will become king of Scotland. Blinded by ambition, and spurred on by his power-hungry wife, Macbeth commits multiple murders to attain and keep the throne. Verdi’s score elevates the tragedy and horror through electrifying vocal lines and propulsive energy. Plácido Domingo takes on the title role with Ekaterina Semenchuk as the diabolical Lady Macbeth. Tony Award-winner Darko Tresnjak (director of our 2015 hit The Ghosts of Versailles) creates a striking new production. 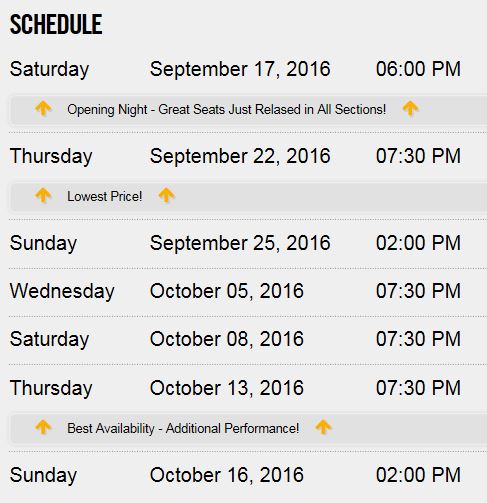 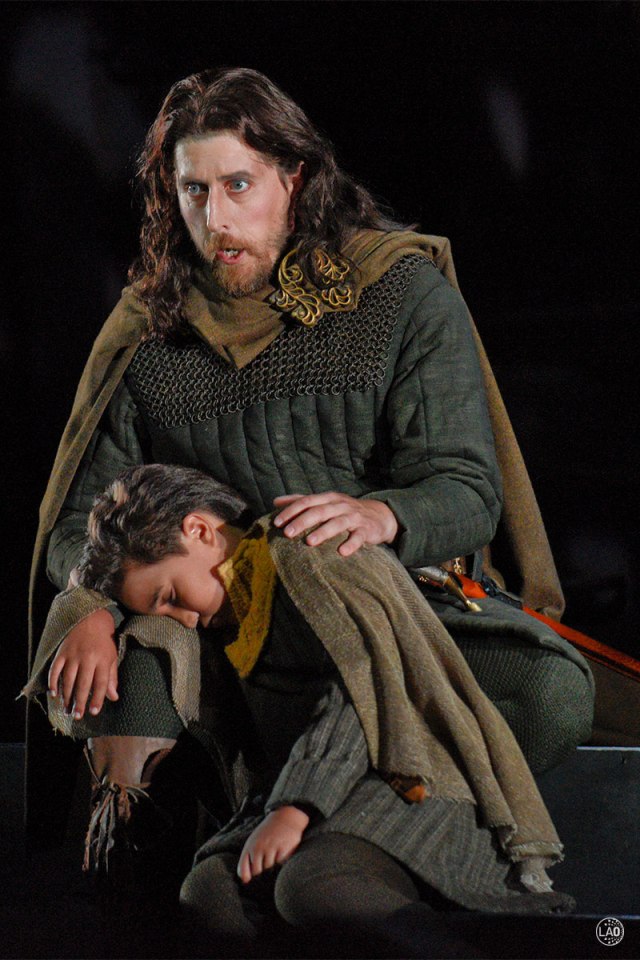 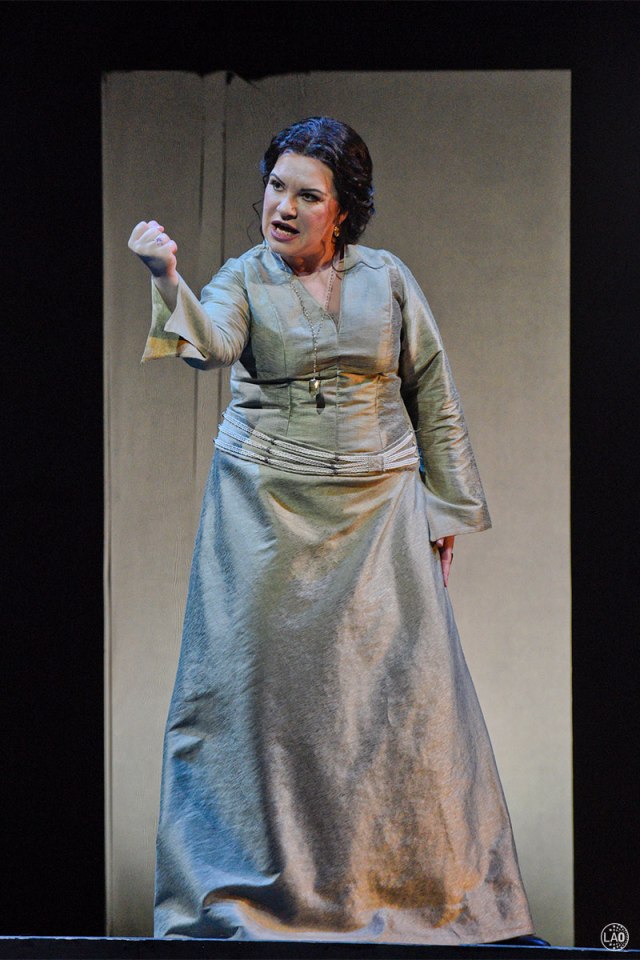 Act One
Macbeth and Banquo, generals in the army of King Duncan of Scotland, meet a band of witches, who hail Macbeth as Thane of Cawdor and future king, Banquo as father of kings thereafter. Messengers from Duncan approach, proclaiming Macbeth the new Thane of Cawdor, thus fulfilling the first prophecy. Amazed at this turn of events, Macbeth muses on his chances of achieving his ambition to be king.

Lady Macbeth reads a letter from her husband describing his meeting with the witches. Exulting in the prospect of power, she vows to add her own cunning and boldness to Macbeth’s ambition. When a servant brings word that the king will spend that night in the castle, she invokes powers of darkness to aid her aims. Macbeth enters, and his wife persuades him to murder Duncan that night. Duncan arrives, retiring at once. Macbeth, dreading his task, imagines a dagger before his eyes.

As a night bell sounds, he steals into the royal chamber. Lady Macbeth reenters a moment before her husband staggers from the room to tell her the deed is done. Seeing the dagger still in his hands, she coolly takes the weapon and goes to smear blood on the sleeping royal guards, thus incriminating them. There is a knock at the gate, and the couple withdraws. Macduff and Banquo enter, discover the murder and summon the entire court, which invokes God’s vengeance, led by the hypocritical couple.

Act Two
Macbeth is now king. Duncan’s son Malcolm, whom many suspect of his father’s murder, has fled to England. Macbeth and his wife plot the murder of Banquo and his son, lest the latter gain the crown as the witches prophesied. When her husband leaves, Lady Macbeth reaffirms their pursuit of power.

A group of assassins awaits Banquo. Troubled by a foreboding of evil, he is set upon and killed, but his son Fleance escapes.

At a state banquet, Lady Macbeth toasts her guests in a drinking song. Macbeth, secretly informed the murder has been done, complains to the assembly of Banquo’s absence. Suddenly, to the guests’ astonishment, he imagines that he sees the general’s ghost. Lady Macbeth chides her husband, and he momentarily regains his calm as she sings a reprise of the drinking song. But the bloody specter continues to haunt him, and the guests comment on his guilty behavior.

Act Three
Macbeth visits the witches to learn his fate, and at his insistence they conjure up a series of apparitions. The first tells him to beware Macduff; the second assures him that no man born of woman can harm him; the third reveals that he will rule invincible until Birnham Wood marches against him. Somewhat reassured, Macbeth asks the witches if Banquo’s sons will ever reign in Scotland; in reply, they invoke a procession of future kings, followed by Banquo. As Macbeth faints in dread, the witches disappear. Lady Macbeth finds him, and the couple vows to kill all of their enemies.

Act Four
Near Birnham Wood, a band of Scottish refugees bewails its oppressed homeland, caught in the grip of Macbeth’s tyranny. Macduff joins them, grieving over his murdered wife and children. Duncan’s son Malcolm arrives at the head of an English army. Determined to liberate Scotland from tyranny, Malcolm instructs the soldiers to cut branches from the forest as camouflage for an attack on Macbeth’s castle. Malcolm and Macduff unite with the crowd in a call to arms.A doctor and lady-in-waiting observe the guilt-wracked Lady Macbeth as she wanders in her sleep, wiping imaginary blood from her hands.

During the siege of the castle, Macbeth clings to the hope he can withstand the forces of Malcolm and Macduff, but he is soul-weary and curses his fate. Word of his wife’s death reaches him. Messengers bring the astounding news that Birnam Wood is advancing. Macbeth leads his men to battle. Macduff seeks out Macbeth and, crying that he was not born of woman but torn prematurely from his mother’s womb, kills the tyrant. Macduff’s soldiers hail Malcolm as the new king. 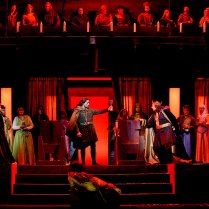 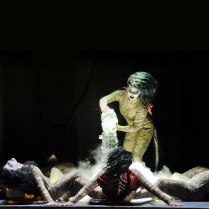 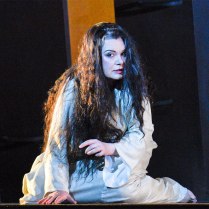 This entry was posted in OPera and tagged Giuseppe Verdi, LA Opera, Macbeth. Bookmark the permalink.