Comfort Ye…, The 23rd Annual Concert To Benefit The Homeless Brings People Together…

Comfort Ye…, the 23rd Annual Concert to Benefit the Homeless, performed on December 23rd at the Church of St. Paul and St. Andrew, On West End Avenue and 84th Street in Manhattan, was a great success once more, as a proof that great performers and generosity go hand to hand. 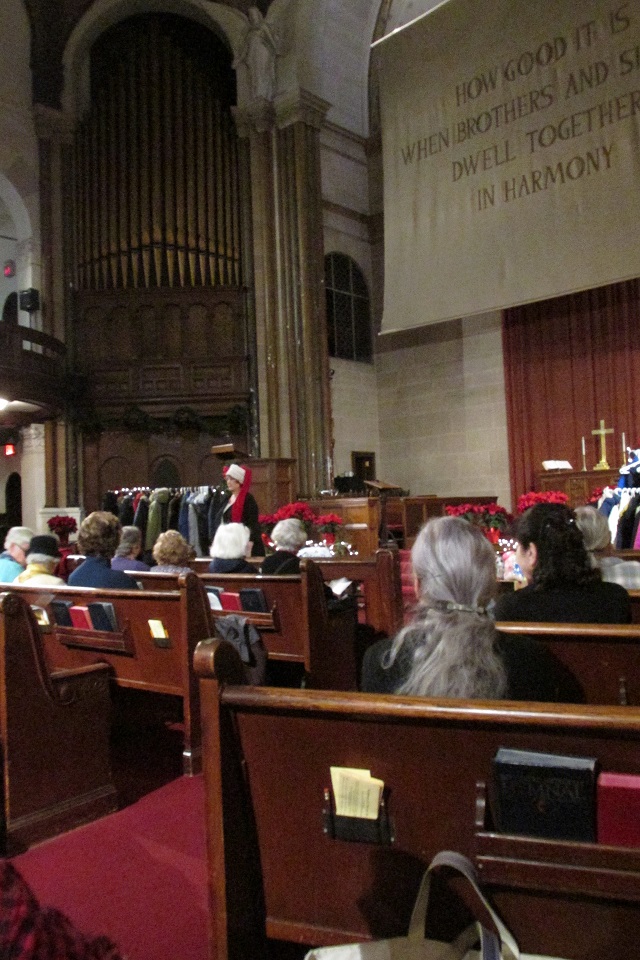 The public, which donated jackets, coats, non-perishable food and money, was offered a great variety of songs from various opera, musicals and from the classic Christmas repertoire. The evening started with a warm welcome by the organizer of the concert, the celebrated soprano Lauren Flanigan, followed by a rendition of Handel’s Comfort Ye and Ev’ry Valley from Messiah by the tenor Aaron Blake.

Lauren Flanigan herself followed with Vieni, s’affretta from Verdi’s Macbeth and a song from a musical. 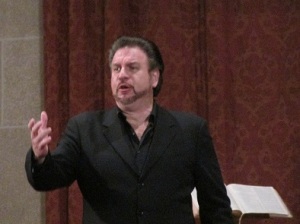 The ensuing arias were from Offenbach’s Les Contes d’Hoffmann, Meyerbeer’s Les Huguenots, Puccini’s La Boheme and Verdi’s Il Trovatore. In the middle there was a marvelous version of Berlin’s White Christmas and a medley of his songs, but also an attention-grabbing If Mary Had But One Child and Old Man River by the baritone Kenneth Overton and a Russian song by the soprano Olga Makarina. The performers were Daniel Sumegi (bass), Raul Melo (tenor), Sophie Delphis (mezzo-soprano), Nadine Benjamin (soprano), and Amy Burton with John Musto at the piano.

These performances were followed by the powerful and warm voices of the Ebony Ecumenical Ensemble, directed by the Rev. Eugene Palmour, which offered a classic and religious set of Christmas songs.

Greg Silverman, from The West Side Campaign Against Hunger, spoke about giving and how his organization works during the intermission. 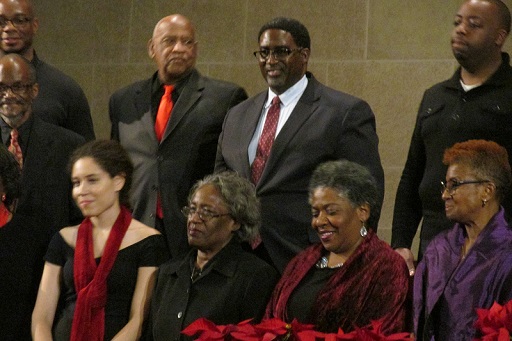 In the second segment of the concert, the rhythm changed, opening with an exciting interpretation of the Elektra’s Monologue from Richard Strauss’ Elektra. The performer, the renowned soprano Elizabeth Blancke-Biggs, left everyone breathless with the strength of her characterization. Ms. Blancke-Biggs was accompanied by the illustrious maestro Michael Recchiuti. 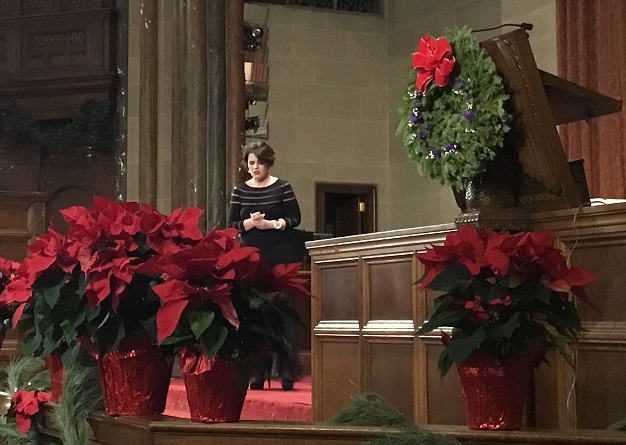 After this initially powerful set of songs, four arias from Wagner’s operas were performed by the soprano Amy Shoremont-Obra, the mezzo-soprano Mary Ann Stewart, the baritone Mark Delavan and the soprano Kirsten Chambers. The last was accompanied by Keith Chambers at the piano.

To lighten up a bit the atmosphere, Mary Ann Stewart and Raul Melo sang an aria from The Merry Widow, which raised the spirits, a bit low-key after such an impressive but musically difficult Wagnerian combination, and brought back the smiles.

Lauren Flanigan, with a selection of songs from the Gordon/Bernstein’s collections, raised those spirits even more, putting a special effort in her physical portrayal. Most of the arias were accompanied at the piano by the musical director of the night, Kamal Khan, who confirmed to the public who knows him his superior qualities. 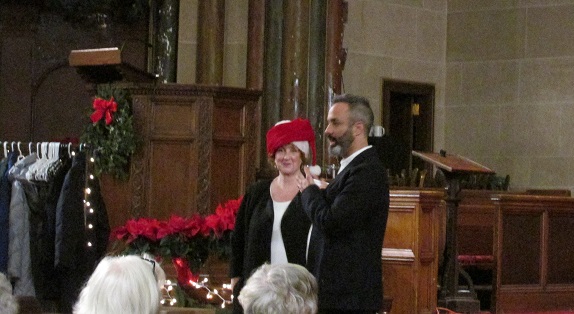 The night ended on the rise with a heartfelt choral rendition of Holy Night by all the performers of the night.

Yet again Ms. Flanigan and her friends have assembled a marvelous show while collecting funds and other necessities for the homeless in NYC, demonstrating at the same time that opera’s performers are always ready to give. 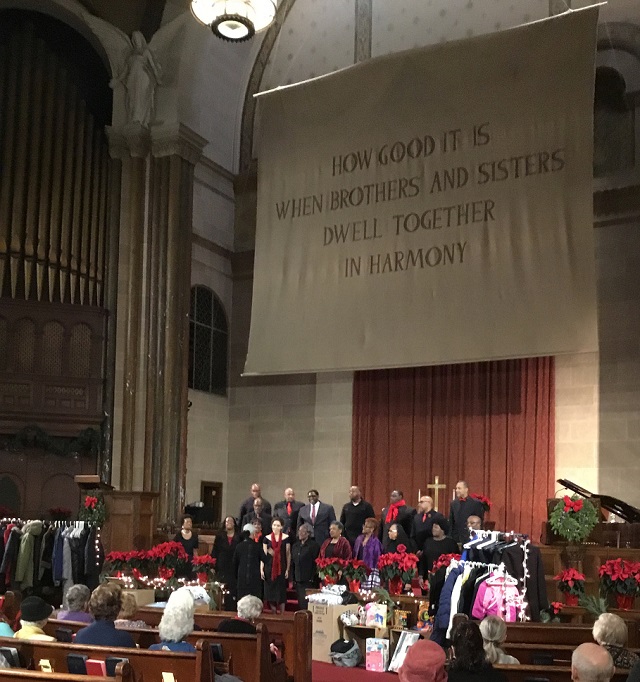 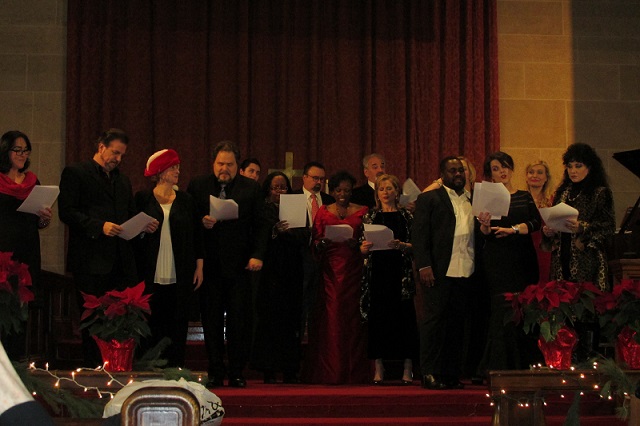 The performers get together at the end of the evening for a choral performance.

This entry was posted in Music. Bookmark the permalink.